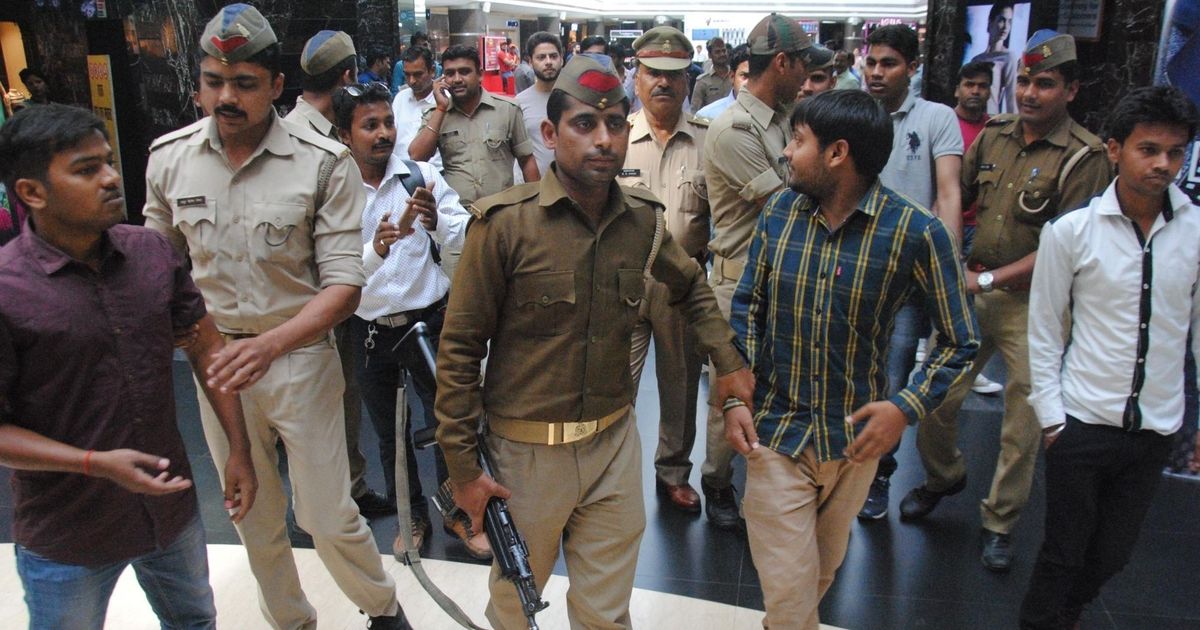 With the social media going viral with pictures and videos of some anti-social elements taking advantage of the Anti-Romeo mission of Chief Minister Yogi Adityanath’s much hyped poll promise, the calls for stopping moral policing have started getting stronger by the day. From a boy getting forcibly tonsured to the heights of a brother and sister forcibly taken to the police station by the Anti-Romeo Squads reflects the mission going awry. A video highlighting such behavior was tweeted on the social media platform by a handle famous for highlighting sarcasm through historic events. While it drew many condemnations, the call for shunning moral policing in a 21st century society seemed to be getting shriller. The tweet is reproduced below.

Demanding an immediate STOP to Moral Policing and disbanding of Anti-Romeo squads in the state of Uttar Pradesh, the Women Activists from across the spectrum of civil society issued a Joint statement here today. They further went on to demand closure of all FIR’s and complaints against advocate Prashant Bhushan over the alleged and perceived controversial tweet by him. The statement so issued and signed by the activists is reproduced below:

“Anti-Romeo Squads” are policemen and women and vigilante groups, operating outside the purview of law, with the support of the Uttar Pradesh State, which threaten women’s freedoms. The serious issue of violence against women and routine sexual harassment of women in Uttar Pradesh cannot be addressed by setting up anti-Romeo squads. These “squads” impose their own aggressive and arbitrary code through moral policing. It has already come to light that in many cases, these ’anti-romeo squads’ have become an even greater source of harassment and fear for women and men, which has even been acknowledged by the DG Police UP in his order of 22nd March and 25th March, 2017. However, the DGPs order of the 22nd March also opens up the doorway for moral policing as it talks of leaving alone couples in public spaces if their conduct is well within the traditional code. The term traditional code is ambiguous and not defined which once again allows police and public interference into the people’s privacy and the excesses thereof.

We therefore strongly disapprove of the process of this form of policing, including its outsourcing to private actors in some cases, which again the DGP police and the Lucknow SSP have acknowledged, in their letters issued in this regard. We are clear that maintaining law and order is the primary function of the State and nothing can be done contrary to law, while addressing the issue of women’s safety. The so-called Anti-Romeo Squads are being encouraged by a State which reneges on its own obligations to maintain law and order. When the right to personal liberty and privacy is compromised by these squads, the State must be held fully accountable for such violations, and must be made to restore the dignity of the citizens, who are targeted by these squads by adequately compensating them and acknowledging that their rights have been violated.

It is our understanding that the Allahabad High Court Judgement of 30th March, 2017, uncritically legtimises these squads on the basis of the guidelines presented by the DGP and also opens the doorway to bringing in vigilante groups by saying that “in our considered opinion, it is the duty of the every citizen as well as of the State to come to the aid of women keeping in view the provisions contained in Article – 51A (e)(j) of the Constitution of India which provides that it shall be the duty of every citizen to renounce practices derogatory to the dignity of the women. The action taken by the State Government can be a signal project informing the citizens of this State that the time has come when they also have to rise to the occasion to act in the aid of the Constitution by educating and informing their children to observe moral discipline”.

This rather benign resolve can have over reach where citizen’s groups may begin moral policing and form vigilante groups in the name of disciplining children. We would like this rectified by the court. The court instead could have asked the State Government to present a grievance redressal mechanism both for instances of sexual harassment of women and excesses committed by the “preventive mechanism called anti-romeo squads”, it in this detail that the commitment of the State towards ending violence against women and not encroaching on people’s privacy would have been established.

We would also like to bring to the notice of all that we are deeply disturbed and alarmed that a tweet by well-known Supreme Court lawyer Prashant Bhushan, has led to vigilantes attacking his home and the police registering a FIR against him, under Sec. 153A and 295A IPC, in P.S. Hazaratganj, Lucknow.

As feminists, our viewpoint on the subject of the tweet is different from that of Advocate Prashant Bhushan. In our understanding, there is a sharp distinction between consensual friendship, flirtation and love between two adults, irrespective of differences of class, caste or religion in which nobody has the right to interfere and between sexual harassment, stalking and sexual assault of women, on the other. The FIR registered against Adv. Prashant Bhushan by Hazratganj Police is a clear case of abuse of power, as no such offence is made out on the basis of the tweet in question. This is yet another example of the prevailing high level of intolerance to opinion that is at variance from the majoritarian viewpoint.