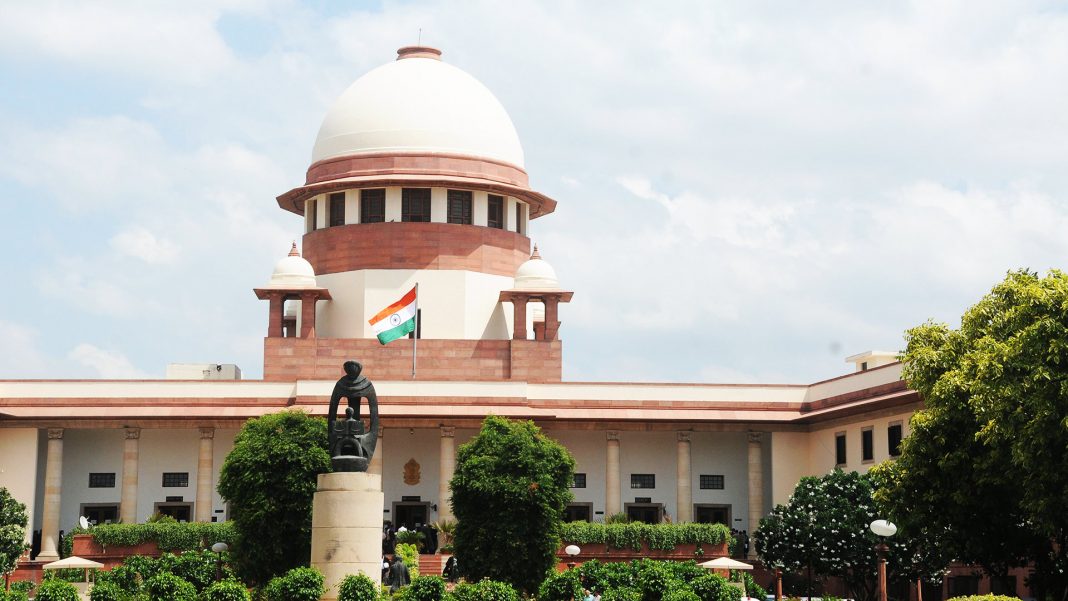 New Delhi: When the four senior judges of the highest court of the land held a press conference on January 12, 2018 in New Delhi and disclosed their differences with the Chief Justice of India (CJI), it shocked the entire nation, evoked disbelief and was frowned upon by many a judges.

Such a thing had never happened in the 70 year old history of the republic and no one ever hoped to hear of such a thing. This press conference, besides shocking the nation, inflicted huge damage to the Supreme Court’s prestige. Of all the Constitutional institutions in the country, the prestige of the highest court of the land is supposed to be the highest.

Every citizen of the country hopes and believes that when all hopes are lost, the Supreme Court would come to the rescue. It is difficult to say that the same faith will be retained or not because four of its senior most judges not only expressed their mistrust in the CJI but also said that internal workings of the Supreme Court are putting the democracy in danger.

Such an open revolt against the CJI sent the message that something really disturbing is afoot in the Supreme Court and this message only brought irreparable damage to the Court’s prestige. It is not going to be easy to undo this damage.

If the four judges are to be believed, the CJI sent the hearing of some cases to the benches of his choice. No one knows how true these allegations but it also cannot be overlooked that the CJI is first among equals and it is his right to allot cases as per his wish.  It is also true that there is a long standing tradition of case allotment that says that cases of a particular nature be sent to such a bench which had earlier disposed off such cases.

This stunning press conference made it clear that there were some cases which these senior judges wished to hear but were not sent to them. One such case concerned a medical college in Lucknow. The other case was the one concerning two PILs , one filed By a Congressmen Tehseen Poonawala and the other by BS Lone, seeking independent probe into death of Sohrabuddin ‘fake’ encounter trial judge BH Loya allegedly in suspicious circumstances.

At the time of his death on December 1, 2014, Judge Loya was hearing the case of the alleged fake encounter of inter-state gangster Sohrabuddin Sheikh, in which BJP leader Amit Shah and several others were accused. Shah was subsequently discharged from the case.

At the time of Loya’s death, many of his colleagues were with him; no fingers of suspicion were pointed at anyone but three years later, this case came up sensationally just before Gujarat assembly elections and it came to be bandied that Loya died in suspicious circumstances. Though his son said that there was nothing like this, a section of the media went on hyping it up.

Though the four judges proclaimed the working of the Supreme Court administration to be putting democracy in danger, but the truth is that the only Supreme Court does not represent democracy.

It is also a fact that the Collegium System, under which the judges of the Supreme Court and the High Courts are appointed, has no role for the government or any other institution. So how can it be said that democracy is in danger?

It is hard to understand as to why these four judges could not resolve their differences with the CJI internally? It is pretty weird that the judges who do not like media trial of cases under consideration, offered their own internal matter for media trial. How proper is it that four judges first hold a press conference to express their mistrust in the CJI and then hope that the issues by them will be resolved?

Who will resolve the issues? Whether the public or the government or the political parties? When no outsider can participate in the appointment of judges then how can they participate in resolving their disputes?

The judges of the Supreme Court are unique personalities and it is believed that they will carry out their work in a mature and responsible manner and will also set an example with their conduct. It would be tough for the four judges to answer the question that if some allegedly important cases did not come to them, how come their prestige was lowered?

Is there any law which says that all the allegedly important cases be heard by the benches of the senior judges? Did not these judges indirectly raise a finger at the conduct and neutrality of 20 other judges of the Supreme Court?

After all, why do these four judges want that some important cases be sent to them for hearing? If the allotment of cases be done as per the wishes of the four judges, will it set right the Supreme Court administration?

It was unfortunate that the four judges took the internal matter of the Supreme Court into the public domain; it was downright disgraceful that the politicians too jumped into the fray.

When it is expected that the political parties maintain a restraint on such a sensitive matter, their conduct is just the opposite and they are trying to score political brownie points. It began with D Raja of the CPI who went to meet Justice Chelmeswar at his residence but could not clarify as to what was the pressing need to do so. Despite this, he continued to justify his visit.

Raja’s visit was immediately followed by newly appointed Congress president Rahul Gandhi who, in a hurriedly called press conference, expressed worry about the issues raised by the four judges which made it clear that he too supported the view that democracy in India is in real danger. He also stressed it to be ensured that Justice Loya case be heard at the highest level. Is it not an unwarranted comment by a politician into the internal matter of the Supreme Court?

Will the politicians now tell the Supreme Court as to which case is heard by which judge? If this happened, what would become of the sovereignty and independence of the judiciary for which Rahul Gandhi seemed to be so concerned?

Wakesurfing – The Best Wakesurf Board for Big Guys

Amity University Leads in R & D and Patent Filing Even...

Wakesurfing – The Best Wakesurf Board for Big Guys

Post Covid – “Manage Me” Emerges As New Normal Of Management...