Home India How Low Can The Politicians’ Stoop? Elections 2019 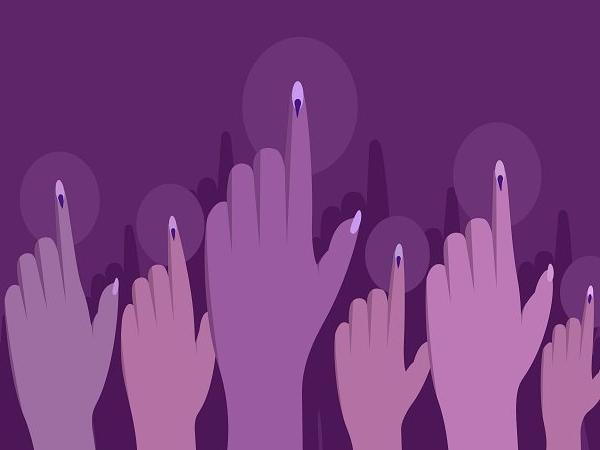 In a deplorable incident during voting in Jabalpur on 28th April, the army was dragged into an avoidable controversy. Based on the directions of the Supreme Court, army personnel posted in Jabalpur had registered themselves as voters.

From the Grenadier Regimental Centre based in the city, a total of 1386 applications for registration as voters were sent. Of them, 1304 proceeded for voting. To facilitate their move to the polling booth and back, they were provided military vehicles.

While waiting for their turn to vote, supporters of some political parties started shouting slogans and came close to commence videography. Seeking to avoid being trapped in any political controversy, the senior members of the group contacted their office, which advised them to not get into any altercation, maintain silence, exercise their franchise and return. This was dutifully done. Representatives of some political parties went close to the vehicles and started making videos of the drivers and vehicles.

Yet, despite their non-involvement, political parties began spreading the video’s which they had made, which contained no comments by any individual from the army, only by their own members. The comments which were included alongside the video and circulated by the twitter handle @neo_pac stated, ‘Shocking; Do watch; How the toxic Modi government has infected and shaming the army; Army men going into booths and getting people to vote for BJP.’ Nothing could be further from the truth. The tweet and the video have since been deleted.

Such a deplorable action, ignored by the very party leaders whose members made it, indicates how low political parties can drop to drag the armed forces into political controversies. Innocent soldiers and their families, who were simply performing their national duty of exercising their franchise began being pulled into controversies. What will these simple soldiers and their families think? Would they consider that is it worth dying for those who insult them and doubt their intentions?

These are the same political parties which have dragged their opponents to the election commission for politicizing the army. However, they ignored their own supporters who accused the army.

The army was forced to comment, an aspect which it had never resorted to earlier, as this fake video touched its very core. The respect which it has earned from the nation has been on account of its apolitical stance and the same is now being questioned. The comments from the army cleared the misconception but the hurt of being accused remained.

The accusation implies that the Indian army is akin to the Pakistan army which decides which political party comes to power and who occupies the PM’s chair.

The Indian armed forces serve the government in power and the nation, not any political party. They are for the nation, from the nation and with the nation. Doubting their integrity and disrespecting their legal rights causes damage to their core beliefs and should be avoided.

Those who made the videos and circulated them are unaware that army personnel posted in peace stations are permitted to vote, being Indian citizens and have registered themselves legally as voters. This permission has been granted not by any government or political party, but by the national supreme court. The message being spread in Jabalpur was that army is not permitted to exercise its franchise, despite being Indian citizens, and are being employed to rig the elections.

As responsible members of society carrying out their national duty, the army has lodged a FIR and even reported the incident to the Election Commission. Despite such a deplorable action by some political parties, the army has taken the right decision to continue with its national right to vote in places where it has been permitted. It has requested the national public to understand that it too has rights and acts only when legally directed and permitted.

It has appealed to political parties to keep the army away from their own battles of garnering votes and let them quietly carry on with their task and duty. It has also appealed to the national public to respect its apolitical stance as also enable it to adhere to the directions of the apex court which has granted it the right to exercise its franchise.

It is hoped that leaders of parties whose members made and circulated the video would offer an apology. If they do not, then it would only indicate their lack of respect and faith in the most respected organization of the country.