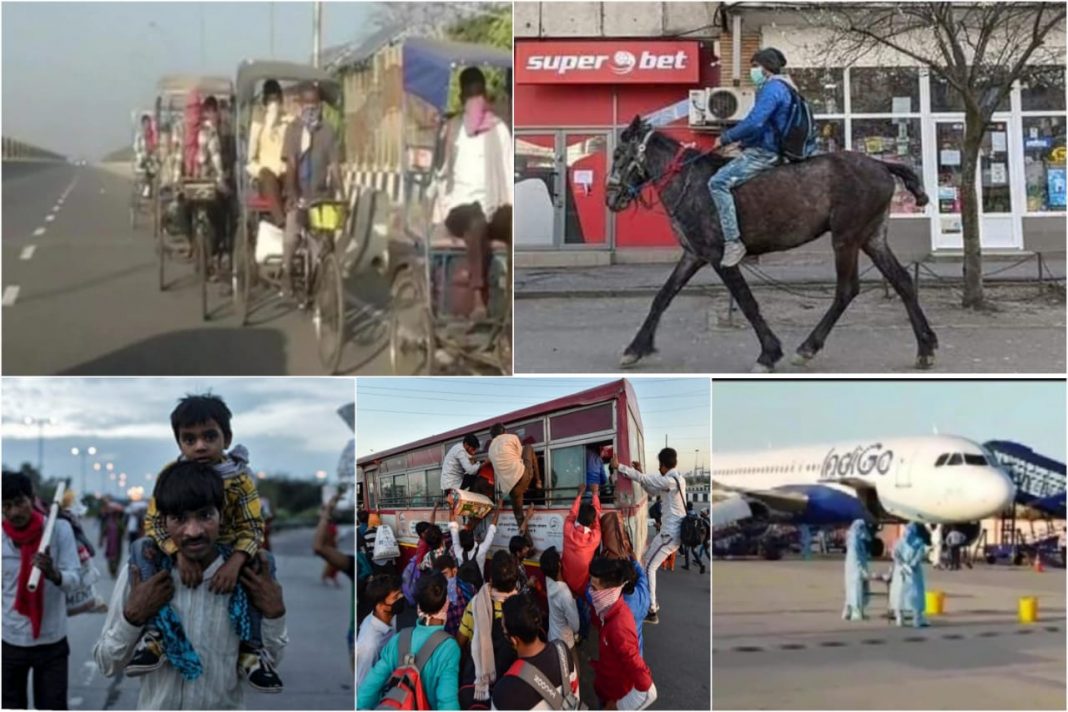 As the spread of corona virus continued globally, many a nations showed their magnanimity and love for their citizens and went on an evacuation spree. These were citizens stuck in different parts of the world.

While some were students, others were business flyers and still others were pilgrims with nowhere to go, due to sudden and asynchronous travel bans announced by different nations per the severity gauged by their respective governments.

Before banning all commercial flights into the country, India had been at the forefront in such ‘Air Evacuations’ of its somewhat allegedly pampered elites. It managed to bring back some more than a thousand of these lucky ones from mainly Italy, China, Japan and Iran.

This included some 654 flown back from the epicenter of covid19 ie Wuhan in China on the 1st and 3rd of Feb 2020. On Feb 26, the Indian Air Force evacuated 112 from the same Hubei province in China.

Similarly 234 Indians (131 students and 103 pilgrims) stranded in severe covid19 hit Iran were also flown back to India. Another 218 were brought back from Milan, Italy while 119 were evacuated from Japan.

In the meantime, as the Covid19 cases started spreading in India, a complete lockdown was declared on the 24th March 2020 with barely 4 hours of warning. This resulted in a chaos which was quite visible as inter state migrants got stuck with nowhere to go. As last resort, many set off to their hometowns several hundred miles away on foot.

They carried their meagre belonging on their heads and kids on shoulders as the police tried desperately to enforce the lockdown. Many insensitive and immature cops, basking in machoism and on the pretext of following orders blindly, were caught on camera, committing excesses on these hapless poverty stricken citizens.

As children of lesser Gods these interstate migrants did not have the luxury of staying put at one place. Crammed into small rooms they neither could practice social distancing to sav themselves from corona. Nor were these poor lucky enough to get even a decent transport or arrangement to travel back home at the cost of the state. Getting an airlift would be, but a distant dream for these poor souls.

Rather, with no mean of transport available, many set off to travel 100’s of kilometers by their own Pedal Rickshaws, with 3 to 4 on each, taking turns to drive 24×7 to reach their respective destinations.

Different parts of the world has its own ways and traditions to get over difficult situations like this lockdown due to fear of covid19 spreading through social contact. A Romanian man traveled 40 kilometers by horse to attend the birth of his son after public transport was halted in the north-eastern city of Iasi because of the COVID-19 pandemic.

Sergiu Ion Ciobotariu caught the attention of passersby and, ultimately, the police as he rode through the city on horseback.

To escape a possible 15-year jail term for breaching travel restrictions, he brought a self-certified form explaining that his journey was essential because his wife had gone into labor.

Police accepted his justification but nevertheless gave him a warning for riding a horse within city limits, according to local media.

Photos and videos of the man on his trusty steed in downtown Iasi went viral on social media, some captioning the story as “love during coronavirus.”

Speaking to media, the 22-year-old said that there was no other way to reach his wife and newborn baby in the quarantined city as all public transport had come to a grinding halt during lockdown.

“I wanted to take the tram but couldn’t because of coronavirus restrictions. Then I wanted to go by bike but they wouldn’t allow me to cross the bridge to get to the city, so then I took my horse,” he told the media.

“I found out about my wife giving birth from a neighbor who she called because I don’t have a phone,” Ciobotariu said.

Another reason for choosing to go by horse, Ciobotariu explained, was that he couldn’t afford to take a cab, adding he would much rather use the money to buy food for his three children as he struggles to make ends meet.

“The horse is my best friend. I make money off him helping me collect scrap. I need to earn money for my kids,” he told the local newspaper, which is now asking the public to chip in and donate money to help Ciobotariu and his family.

Today’s Women Not Far Behind Men In Drinking Habits

Not Only Doklam, China Now Faced With ‘Dangerous’ Levels Of Debt | N4M Media