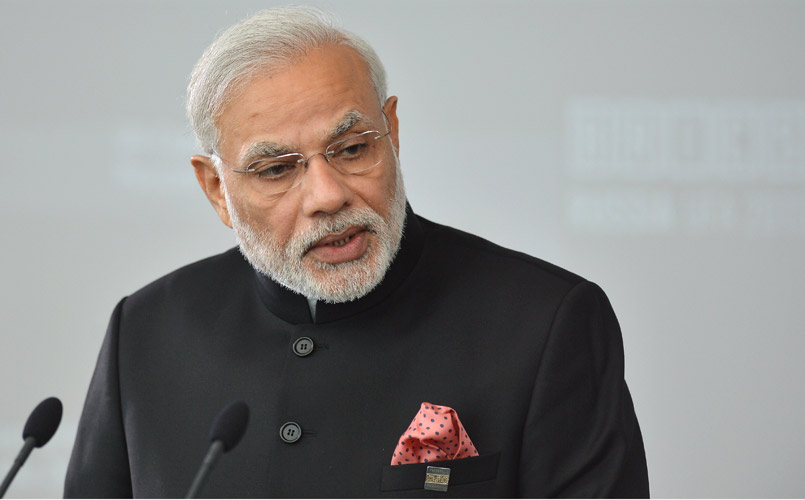 Daclaring August 7 the National Handloom Day, Prime Minister Narendra Modi today said the growth of the handloom sector would not only ensure employment to countless weavers but will also serve as a means of women empowerment as he asked people to use more handloom products in their daily lives.

“Our handloom sector is diverse, eco-friendly and is a source of employment for countless weavers, who will be very encouraged by our support,” he said in a series of tweets on occasion of Handloom Day.

Since there are many women associated with the handloom sector, the growth of this sector is an important means of women empowerment also, he added.

“…Let us affirm that we will give an impetus to the handloom sector and use more handloom products in our daily lives,” he said.

“Khadi for nation and Khadi for fashion, this must be our guiding principle,” Modi had said yesterday while speaking at the Town Hall-style address to mark the second anniversary of his government’s MyGov initiative.

Noting that the textile sector is one of the major drivers of economy in rural areas, the Prime Minister had urged 125 crore Indians to use khadi and handloom for five per cent of their clothing needs.

Rural economy will change if the sector is provided holistic support, e-platform for global marketing and facilities to weavers, he had added.

August 7 was notified by the Centre as National Handloom Day with the objective of generating awareness about the importance of handloom industry and its contribution to the socio-economic development of the country in general and to promote handlooms, increase income of weavers and “enhance their pride” in particular.

The date has been chosen due to its special significance in India’s freedom struggle; it was on this day in 1905 that the Swadeshi Movement was formally launched, at a massive meeting in the Calcutta Town hall.

The movement involved revival of domestic products and production processes.

Is The Union Budget 2019-20 Actually Beneficial for India?

Politicians Fight It Out Over Army Chief’s Appointment