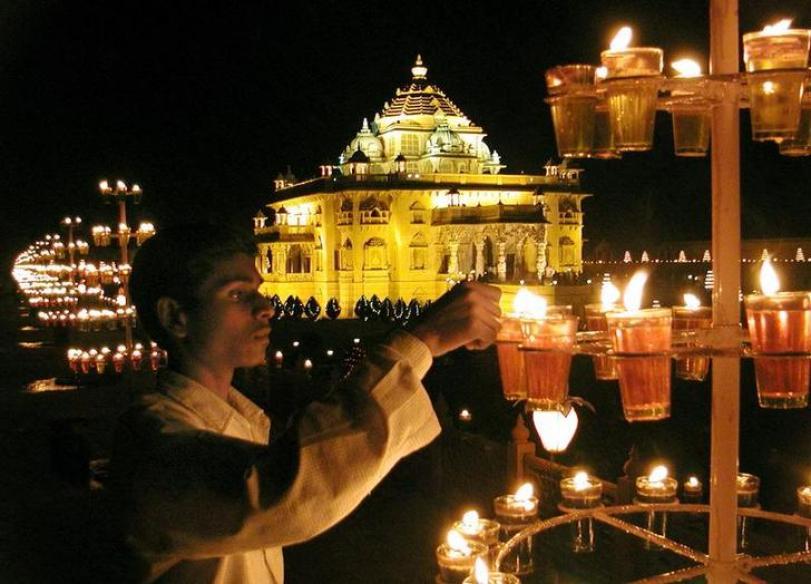 Regardless of constitutional freedom and protection, Dalits in Gujarat suffer from religious alienation. This ostracisation of the community is drawn from an antiquated belief that stigmatises them and exalts their isolation as purification.

According to an investigation by India Today, temples in Gujarat shun Dalits in order to preserve the piety of the faith’s upper-caste elders.

Priests of a Kali temple in the Kota village of Gandhinagar segregate ‘upper’ caste worshippers from the ‘low’ caste, making the latter sit at the temple doorstep where a separate vase is placed for them at the sill to take the tilak from.

The priests even refuse to touch them.

When asked by India Today if the priests would give the Dalits tilaks, one of them refused, saying, “They’ll do it with their own hands. None of us does that”.

Between the doorway and the Gods stands a firewall that Dalits can’t cross. Even the prasad is delivered to them separately.

“If they sit where they are sitting now [which is outside of the sanctum], we do nothing. But if they come inside, we’ll purify it with the holy water from the Ganga,” said a temple caretaker quoted in India Today, outlining age-old prejudices that label one type of people as contagiously toxic.

According to India Today, a Dalit woman from Rahemalpur village in Ahmedabad is barred from entering into a Hindu temple that she herself is helping build.

Pintooben, who is the sarpanch of the village, is using her personal savings for the construction of the new shrine dedicated to Lord Shiva.

She is among numerous fellow Dalits who are excluded from religion in Gujarat, and are not allowed to enter the sanctum of any Hindu house of worship.

After villagers demanded a new temple,the Dalit sarpanch sponsored its construction and has so far spent Rs 10 lakh to build it. “It’s my own money, not the panchayat’s,” she told India Today.

Pintooben earns her living from selling the produce from her farm.

“I was asked [by the people] to build it, so I gave the money for its construction. The devotion for God also resides inside,” she added.

When asked whether she would want to step into a temple she is spending her own earnings on, she replied, “I’d like to, but there’s opposition,” summing up the fears of Gujarat’s Dalit community being socially banned from regular religious practices. “There can be a ruckus. One among 100 may be there to object and say the temple has been defiled, the god has been defiled.”

Anti-Dalit discrimination is rampant even at big shrines popular with tourists like the Swaminarayan Nutan Mandir at Kotha in Gandhinagar.

“They [the Dalit worshippers] can have the sight of the gods from a distance but not from inside [of the sanctum],” a temple custodian told India Today.

The state’s Dalits are now afraid to visit temples, their fears are seemingly as deeply entrenched as the discrimination itself.

“The [‘upper’ caste] villagers are very powerful. Five to seven men will be there at the temple. If I go there, they’ll beat me up, reprimand me,” a Dalit from the Vautha village near Ahemdabad, Mukesh, told India Today. “They’ll beat [me] inside the temple [if I ventured in].”

Several local temples confirmed to India Today that Dalits stay away from the holy places.

“They don’t come. They know what it [the custom] is. If they want to sing a hymn, they can do it at their homes,” said a priest at a temple in Vani village.

This age-old practice, he says, is impregnable. The poor and the prosperous Dalits comply with it alike, he claims.

“There’s no declared rule. But it’s prohibited. Whatever their education may be…. We have so many senior officials from the Dalit community. …They [just] visit the village. It’s a custom. They won’t touch me. They’ll only greet with Jai Siya Ram.”

Gujarat has recently been a witness to widespread Dalit protests after the incident in Una where a Dalit family was publicly beaten with iron rods on the suspicion of cow slaughter.

Amid rising social tensions in the state, Anandiben Patel resigned as Gujarat’s chief minister, citing the unofficial party rule that sets the age bar at 75 years for public life for its leaders as the reason for her resignation; she turns 75 in a few months. However, as her offer to resign came close on the heels of growing Dalit unrest in Gujarat, the act was viewed as the BJP’s quick-fix response to the unprecedented crisis.