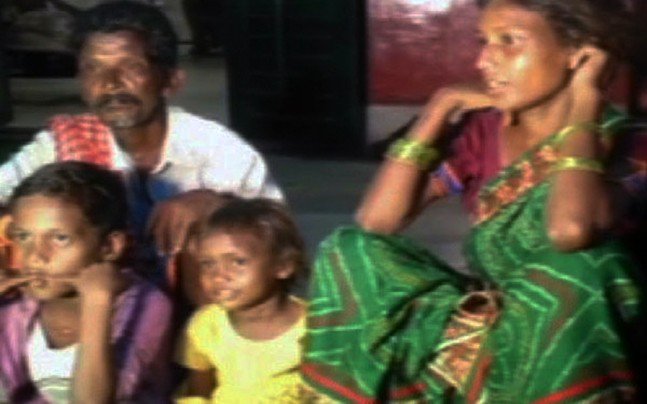 Bizarre stories of people selling their kidneys to buy Apple’s latest i-phone models keep cropping up but here is one that has shakes the very foundations of humanity. A poor man was arrested from Odisha’s Bhadrak district on Tuesday for allegedly selling his 11-month-old son for a mere Rs. 25,000 (approx USD 390) that he spent on buying a mobile phone, some clothes and alcohol.

The police said that Balaram Mukhi sold his eleven-month-old son for Rs. 25,000, while he spent Rs. 2,000 on the mobile phone, Rs. 1,500 on a silver anklet for his seven-year-old daughter and one saree for wife and the rest on alcohol.

While the man has been arrested, the police are also questioning Mukhi’s wife, Sukuti. The couple has another ten-year-old son.

“He works as a sweeper and seems to be a habitual drinker,” said SSP Sahoo.

According to the police, Mukhi’s brother-in-law Balia and an anganwadi worker were also involved in the selling of the child.

Apparently, the three got an opportunity to make money when they met a couple in their sixties.

Somnath Sethi, who had retired as a driver with the state government, and his wife had lost their 24-year-old son in 2012.

Also Read: The Dark Ages Woman Murdered For Property After Branding Her A Witch

“Sethi’s wife had been suffering from depression after their only son died and he had told his acquaintances to look for a child they could adopt so that his wife recovers,” said Inspector-in-charge of the Bhadrak Town Police Station, Manoj Rout. He said that the old couple would be investigated as well.

The mother of the child, Barsha Mukhi, said, “My husband initially didn’t tell me of the plan. However in a drunken condition, he said that this is an illegitimate child and hence, doesn’t want to keep him with me and wants to give him to some other person.”

She said that she objected to it and said that she was already taking responsibility of two other children and would have maintained the third one as well.

“He beat me up and I also beat him up, but he forcibly sold the child for Rs. 25,000, and purchased mobile, saree, dress, silver Anklet etc,” she told the media.

The accused father, however, claimed that both he and his wife didn’t have much money to feed so many kids, so they agreed to sell the child.

However, later he gave a contradictory statement that in the midst of a fight with his wife he bacame so angry that he picked up the child and sold him off.