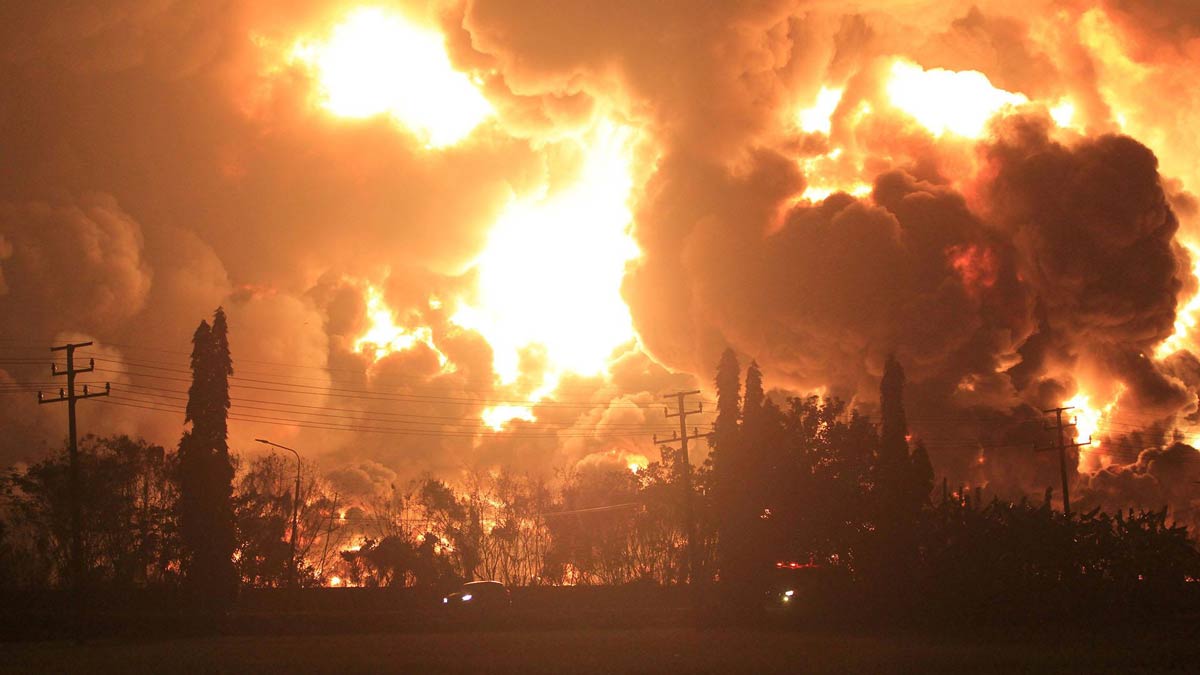 Jakarta, 29/03/2021 – More than 900 people were evicted from a village on early Monday due to a massive fire at the Pertamina Balongan refinery in Indonesia’s West Java province.

According to the local disaster relief agency, about 20 people were injured, including refinery workers and neighbours who suffered burns while passing through the area.

“Firefighters are still fighting the flames and trying to cool the area to prevent the fire from spreading.” said Nicke Widyawati, CEO of Pertamina, Indonesian state-owned oil and natural gas corporation.

About 950 nearby residents have been evacuated, Pertamina said, with videos shared on social media showing huge flames engulfing the 125,000 barrels per day facility, while a large explosion can be heard.

Pertamina does not foresee interruptions in the supply of hydrocarbons in this Southeast Asian archipelago, thanks to a high volume of inventories.

So far, there is no evidence of the cause of the explosion and the magnitude of the destruction caused. The Indonesian state oil company reported on Monday that it has managed to control a large fire. The cause of the fire is still being investigated. According to Pertamina employees, there was a storm with lightning and heavy rains at the time of the incident.

Satellite images showed a massive plume of black smoke rising from the refinery and over the nearby town. The fire appeared to be located in four tanks in the centre of the facility.

The Balangan plant has a capacity of about 125,000 barrels of crude per day. It supplies fuel to Jakarta, Banten and some regions of East Java.

“We have stopped operations to prevent the fire from spreading … and we are doing everything we can to control the flames,” says Ifki Sukarya, corporate secretary of Subholding Refining Petrochemical PT Kilang Pertamina Internasional, said in a press statement.

China, US Race To File 6G Patents, While Some Still Mull Over 5G Possibilities