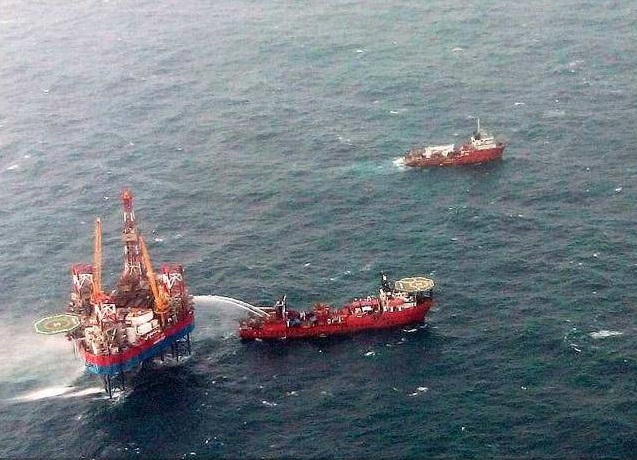 In a country where investigations, commissions and Enquiries are set up more to pacify the public sentiments and escape media glare, rather than actually getting to the roots of problems to find remedies and best possible solutions. RIL with utmost confidence told the Delhi High Court today that the FIR lodged against it and two UPA ministers on alleged irregularities in raising gas price from KG-6 basin was liable to be quashed in view of its larger bench ruling that the Delhi government’s ACB does not have power to probe central government officials.

“The issue is squarely covered by the division bench verdict. The SLP against it is pending in the Supreme Court which has not granted any stay,” the lawyer for Reliance Industries Ltd (RIL) claimed before Justice Sanjeev Sachdeva.

The counsel then sought a passover as a senior lawyer was going to represent the company, but the court refused and instead listed the matter for hearing on February 9.

RIL has sought quashing of the FIR lodged against it by the Anti-Corruption Branch (ACB) of the Delhi government in 2014.

Besides the company, erstwhile UPA ministers M Veerappa Moily and Murli Deora (since dead), RIL’s Chairman Mukesh Ambani, former director general of hydrocarbons V K Sibal and other unknown persons were named in the FIR lodged by ACB. All of them had denied the allegations.

A division bench of the high court on August 4 last year had held that ACB of the Delhi government does not have the power to probe central government officials.

The court had held that powers of ACB were limited to probing graft cases in various departments which were under the administrative authority of the LG and did not extend to central government employees.

The Delhi government had earlier opposed RIL’s submission, saying it was only investigating a criminal complaint and central government officials may come in the sweep of its probe.

The then UPA-II government had also moved the court for quashing of the FIR, saying ACB of the Delhi government has “no powers or jurisdiction to investigate” complaints against the Union government’s decision to fix prices of natural gas.

The FIR was lodged under sections 420 (cheating), 120-B (criminal conspiracy) of IPC and under provisions of the Prevention of Corruption Act.

The complaint, on the basis of which the FIR was lodged in 2014, alleged that impact of gas price rise would cost the country a minimum of Rs 54,500 crore per year at the dollar price then.