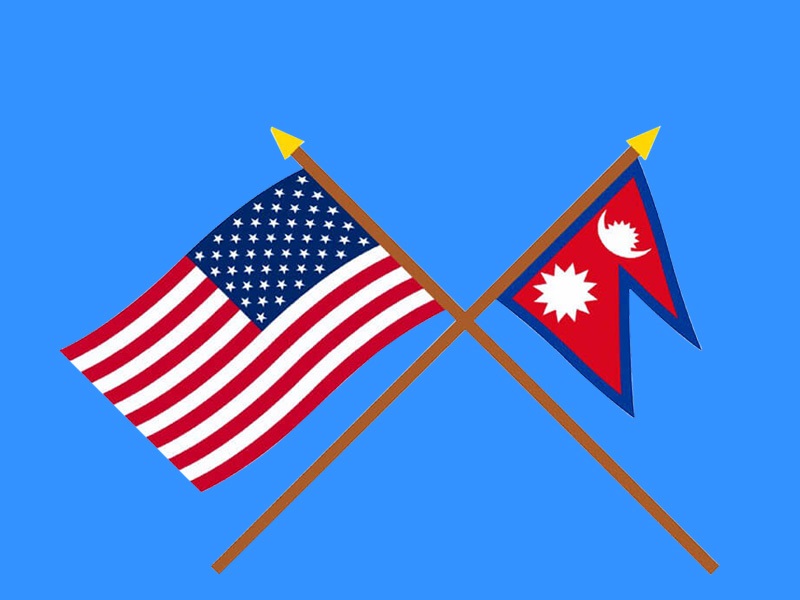 The extremely geostrategic state of Nepal is in a conundrum over whether to respect the previous government’s agreement to accept a $500 million “grant” from the US’ “Millennium Challenge Corporation” despite concerns that it could permanently undermine the country’s sovereignty, but backing out of the deal several years after it was first made and especially in the context of American-backed India’s Hybrid War on Nepal would put a bullseye on its back for years to come.

Nepal In The News

Nepal’s been in the news quite a lot ever since India’s five-year-long Hybrid War on it dramatically backfired earlier this month after Kathmandu released a map claiming the entirety of the disputed Kalapani territory in response to New Delhi doing the same last November. India is rapidly merging the resultant geostrategic standoff with the one that it’s also presently engaged in with China to establish a northern front of expansionism in pursuit of its Hindutva “nationalist” leadership’s plans to carve out a “Hindu Rashtra” (fundamentalist Hindu state).

The situation in both Indian-provoked Hybrid Wars is very fluid and could accordingly change at any time, which is why it’s important to analyze one of the least-discussed but immensely-influential variables that could radically reshape the situation in India’s favor, Nepal’s conundrum with the US’ “Millennium Challenge Corporation” (MCC).

The MCC is one of the US’ foreign policy agencies and is separate from its much better-known counterpart USAID even though it essentially aims to promote the same agenda of expanding American influence abroad through “soft power” means such as “economic aid”. The previous Nepalese government agreed to accept a $500 million “grant” from the MCC in 2017, which has since become one of the most controversial domestic political topics in its post-monarchical history.

Proponents are pushing the narrative that the impoverished landlocked country requires these investments in energy and roadways in order to improve its people’s standard of living, whereas critics claim that the clause stipulating that the agreement takes precedence over national legislation will permanently undermine the country’s sovereignty. There are also serious concerns about being drawn into the New Cold War after a government task force concluded that the deal is part of the US’ “Indo-Pacific Strategy” which unofficially aims to “contain” China.

This controversy has led to some seemingly strange bedfellows. Prime Minister Oli of the country’s communist-led government is vehemently in support of the MCC’s “grant” on the grounds that “our diplomacy will be questioned if [it] is not implemented” since “it carries the legacy of the preceding governments” and therefore wants a parliamentary vote on it as soon as possible. Even Chinese Ambassador to Nepal Hou Yanqi declared at the start of the year that “We welcome any international assistance to Nepal if it is for economic cooperation. We would like to see the ratification process of the MCC and the Nepal government take a positive decision for its interest.” One of Oli’s fellow communists, however, explained Beijing’s interesting stance by noting that “When the government has taken a position, a diplomat cannot publicly counter it. It’s a matter of decorum which the Chinese strictly follow. So diplomats won’t object openly. Her [Hou’s] statement appears conditional— ‘if Nepal agrees’.”

Both sides of the debate have valid points. Oli knows that backing out of the deal several years after it was first made and especially in the context of American-backed India’s Hybrid War on Nepal would put a bullseye on his country’s back for years to come. His opponents, however, don’t feel comfortable having the terms of a US-written agreement prevail over domestic law.

As for China, it strictly abides by its policy of not interfering in its partners’ internal affairs except in the rare instance that it expresses concern whenever it sincerely believes that something that they’re doing might cause national security problems for the People’s Republic. Nevertheless, US Assistant Secretary of State for South and Central Asian Affairs Alice Wells (the same official who recently once again criticized CPEC) strongly insinuated that the deal’s communist critics are “taking diction from China”, which further confirms that the US is politicizing this supposedly apolitical initiative as part of its “Indo-Pacific” agenda to expand American influence in the region through “soft power” means such as economic “aid”.

In all actuality, the US is hypocritically doing the exact same thing that it always accuses China of doing. American “perception managers”, including both media representatives and government officials, have claimed that Chinese economic assistance is part of a secret plot by the People’s Republic to infringe on its partners’ sovereignty and subsequently force them to take its side in the New Cold War. That, however, is exactly what the MCC aims to do.

Wells is trying to impale Nepal on the horns of a geostrategic dilemma whereby it’s forced to choose between becoming an American puppet by accepting the MCC without any amendments to protect its sovereignty or turning into the object of its Hybrid War wrath by rejecting the agreement.

The former scenario would prospectively see the US manipulating Nepal to distance itself from China while the latter would likely result in full American backing of India’s unstated desire to carry out regime change in the country so that its Nepali Congress opposition proxy there could return the state to its former status as New Delhi’s historic puppet.

Nepal is therefore pressed to choose between the peaceful and forceful methods of becoming an American-Indian puppet state against China (and likely also surrendering the entirety of its claims to the disputed Kalapani region to New Delhi if the latter’s proxy comes to power), but that is actually a false choice since such an outcome is by no means inevitable. Following the recommendation of the earlier mentioned government task force to amend 11 points of the agreement in order to protect the country’s sovereignty could provide the best possible escape from this dilemma, but only in the event that the US doesn’t then withdraw the agreement in protest.

Should that happen, then China could very easily replace the envisaged American economic role by investing in those same types of energy and road projects, albeit in a manner which protects and actually strengthens Nepal’s independence by not demanding that the terms of its prospective agreement take precedence over its partner’s domestic legislation. In that case, however, the US and India would almost certainly intensify their increasingly joint Hybrid War on Nepal by continuing with the trend of subsuming it into their larger Hybrid War on China after falsely claiming that the landlocked state has thus become a “puppet of the People’s Republic”.

This prediction changes the nature of Nepal’s dilemma from choosing between peacefully and forcefully becoming an American-Indian puppet to deciding whether it even wants either of those two scenarios or would instead prefer to defend its independence with Chinese support. It’s likely that it’ll choose the latter, which will turn it into a flashpoint in the increasingly complex New Cold War that the US and India are jointly waging against China in the midst of World War C. That outcome would entail a drastic increase in Hybrid War threats to Nepal and a corresponding multifaceted increase in the level of support that China provides to its partner in response.

It’s uncertain whether the US-Indian alliance will seek to provoke a second civil war in the country, but in the event that it does, then Nepal could very well turn into the first “hot” proxy war between them and China that other regional “cold” ones such as their heated competition in Myanmar and Sri Lanka might soon become.

The larger pattern at play is that all of South Asia is being dragged into the New Cold War as American attention shifts from the Mideast to East Asia and thus naturally transits through the South Asian space between them that’s pivotally located in the geostrategic center of the Eastern Hemisphere.