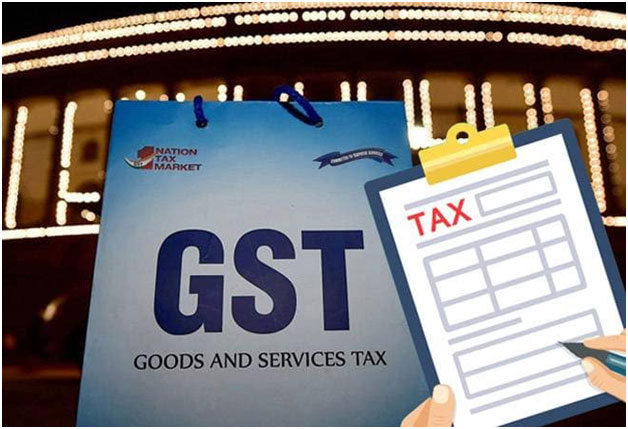 The GST agreement for cooperative federalism was that the center and states would share the GST revenues. Accordingly, the States gave up their taxing rights on the condition that the Center would compensate the states for loss of State revenue for five years.

GST revenues were to be calculated, as the GST Revenues of the state plus a 14% pa compounded growth with 2015 as the base year. Based on the good experience of the VAT in action, it was reasonable for policy makers and designers to assume a decline in revenue of a marginal nature. No one could predict a serious setback by things like Covid striking. The last time that such a situation arose was around 1857. So, the spirit of compensation was more to do with providing additional funds for states to pursue a 14% growth each year.

GST design has envisaged States to get SGST revenue, which constitutes 43% of their revenues, and compensation from the center. Covid has caused a steep decline of Government Direct Taxes and GST revenues. Imports have collapsed. In such a situation, the challenge has become arduous. From a management perspective, any Good government needs to appraise all the states of a realistic picture and reach out to them for their cooperation. Instead of that, the BJP government took a belligerent approach claiming that they cannot meet their commitments. They gave to options for the states to take loans. Their political messaging was aimed at States being unreasonable and unresponsive to the calamity faced. States opposed both the proposals and demanded that the center should take loans and meet their commitments.

Instead of going the extra mile to seek consensus and attempting to win over opposing states, the Center engineered their BJP and allies ruled states to accept their proposal with an aim to isolate the states being run by their political opponents. This has hardened the fault lines and does not auger well for cooperative federalism.Center has the ability to raise much higher quantum of funds than the states. It has more access to revenue sources like Direct Taxes, Customs duty to take loans etc. It is also in a much better position to raise loans at better rates than the States.

So, why has it been pushing for States to raise loans and bear interest? The Center claims that it will impact the Country’s credit rating.  This is a disingenuous argument. The Credit rating of any country is taken on the holistic approach and includes the financials of the Center and the State. Therefore, one has to only conclude that the reason for insisting that States take loans is to deflect blame for their economic handling and pushing the blame on States for the country’s economic situation.

BJP Government’s handling of Covid has clearly demonstrated that it has no compunctions in putting the blame on States. Its ill-conceived stand on the ‘Act of God’ has serious ramifications. For one, it makes it complicit, from a moral perspective, of breaching its commitment, the most serious lapse of damaging the Center’s credibility while weakening cooperative federalism. Second, it opens up a Pandora’s boxin going after defaulters for not paying tax as they can also claim the same from a legal perspective.

J&K MP’s Must Quit, Give Up Govt Perks To Show Seriousness Of Demand For Restoration of Statehood

More concerning is the attitude displayed by the Central Government. Center is not doing a favour to the States by giving them money. The Constitution has mandated the Center to raise revenues from multiple sources and share it with the States as per the Finance Commission’s recommendations. Therefore, it is obliged and is customary to provide subsidies and grants to States for various programs. Center’s track record of delays in disbursements has already impinged its credibility.

Revenues of GST have been having shortfalls from its inception. Barring a few months, over the last three years, GST revenues have remained below the Rs.1, 00,000 crores level. July 2017 had Rs.93,590 Crores but declined to the lowest in November 2017 to Rs.83,716 Crores. For the first 12 months from July 1, 2017 – July 1, 2018 the total revenues collected was around Rs.10, 78,620 Crores. Government refused to acknowledge the financial impact of demonetization and failed to stimulate consumption while its direct taxes were going down. GST revenue collections remained almost flat for the financial year 2018-2019 and touched Rs.11, 50,000 crores barely a 9% increase and far short of the targets for the two years. This is mostly, due to lack of compliance. A hurried implementation without preparations of technology platform, lack of clarity, ever changing policies and declining rates has only provided opportunities for defaulters to get away with noncompliance.

Also Read: The Dangerous GST Race To The Bottom

Be as it may, the reality staring in the face is that for the year 2019-2020, the revenues from Cess has been Rs.95, 444 crores while it had to pay Rs.1.65 lakh crores to states–73% more than its cess collections. Even if the cess rates are increased by 5% more for the coming year, it will contribute only around Rs.23, 000 crores assuming the GST revenues would fall by 35%,the financial GST revenues of 2019-2020 would be Rs.2.67lakh Crores. Therefore, it is obvious there is no way the center can meet its commitments even in the next two years.

From a moral perspective, States cannot demand reimbursement for GST shortfalls due to Covid. They have contributed by indiscriminate rate cuts and not monitoring defaults. Therefore, both have to make compromises and find a solution. Some of them could be:

This will prevent Center from defaulting and will be truly cooperative federalism in the making.