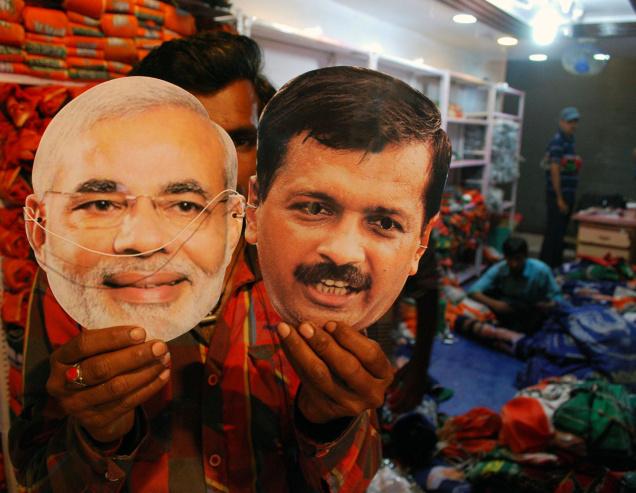 “Everything is Fair in Love and War”. But when it comes to Politics, it gets nastier. Delhi chief minister, Arvind Kejriwal, has just demanded an immediate sacking of senior Hindustan Times journalist after he was accused of spying on Kejriwal ‘s elected government in the national capital at the behest of the Centre’s BJP led government.

Executive Editor of HT gets PMO to act against AAP govt in Delhi. Will Shobhna Bhartiya sack her editor? HT's credibility at stake https://t.co/HAxe1LEJtA

In a shocking revelation, it has emerged that the executive editor of The Hindustan Times, Shishir Gupta, had allegedly acted as a conduit for the Centre to spy on Delhi’s Arvind Kejriwal government.

The revelations made in a cover story of The Frontline magazine, state that Gupta, always perceived to be close to the BJP government, had written to the BJP national president Amit Shah and Officer on Special Duty (IT) in the PMO, Hiren Joshi on 28 March 2015.

This was barely a month after the Aam Aadmi Party had registered a resounding victory in Delhi by cause a near annihilation of the saffron party.

With “KEJRIWAL AGAINST CENTRE” as the subject, Gupta wrote in his mail, “Delhi Chief Minister Kejriwal is on course to abrogate all powers of the Centre in NCR with neither the Home Ministry nor the BJP MLAs/Pradesh unit doing anything to contest it. The buzz in Delhi Govt is that BJP will do nothing to aggravate issues with Kejriwal due to its impact on forthcoming Bihar poll.” Gupta listed nine specific decisions taken by the Delhi Chief Minister and his government and called them “example of violations by Kejriwal.”

To cite example of violation, Gupta wrote that how Kejriwal government was now planning to route files concerning public order, the police and land through the Chief Minister’s Office before they are sent to the LG’s office and this issue appears to have brought the turf battle into the public domain.

Curiously, the LG Najeeb Jung later asked Kejriwal that the files from senior bureaucrats be sent directly to him.

The content of Gupta’s email did not appear to be an attempt to seek a response from Shah or Joshi. It appeared more like an exercise to keep Shah and Joshi to updated on the Kejriwal government’s plan.

The headline of Gupta’s report suggested that Kejriwal was exceeding his jurisdiction: “On collision course: Delhi CM Kejriwal steps on LG Jung’s toes.”

Gupta wrote, “Delhi Chief Minister Arvind Kejriwal and Lieutenant Governor Najeeb Jung are on a collision course, with the AAP leader directing that all files pertaining to reserved subjects of police, public order and land be routed through him.”

Gupta has denied the allegations and said that the email “contains the outline of my then proposed story” and that it was written in the form of “conclusions” to seek “comments and response of PMO and the BJP party president” for writing a news story.

Gupta’s denial aside, the PMO, it seems, took his mail very serious and reportedly ordered actions as the subsequent event demonstrated.

On 31 March, the PMO’s top official, Nripendra Misra, reportedly called Anant Kumar Singh, Additional Secretary (CS) in the Home Ministry, to his office and sought a “factual report” on Gupta’s email email in less than five days. The correspondence was marked urgent.

Anant Kumar Singh wrote: “Today I was called by the Principal Secretary to PM in his office at 12.30 p.m. He gave me an email dated 28.03.2015 received from Shri Shishir Gupta, which is placed at flag ‘A’ and desired that a factual report on the same shall be sent to him by this Friday. As the offices are closing after Wednesday, it will be advisable to seek the report from the Lt Governor (LG) by Wednesday evening so that the desired report is sent in time to PMO. Accordingly, a letter addressed to LG for seeking factual details and his views on the assertions made in the mail mentioned above is placed below for approval.”