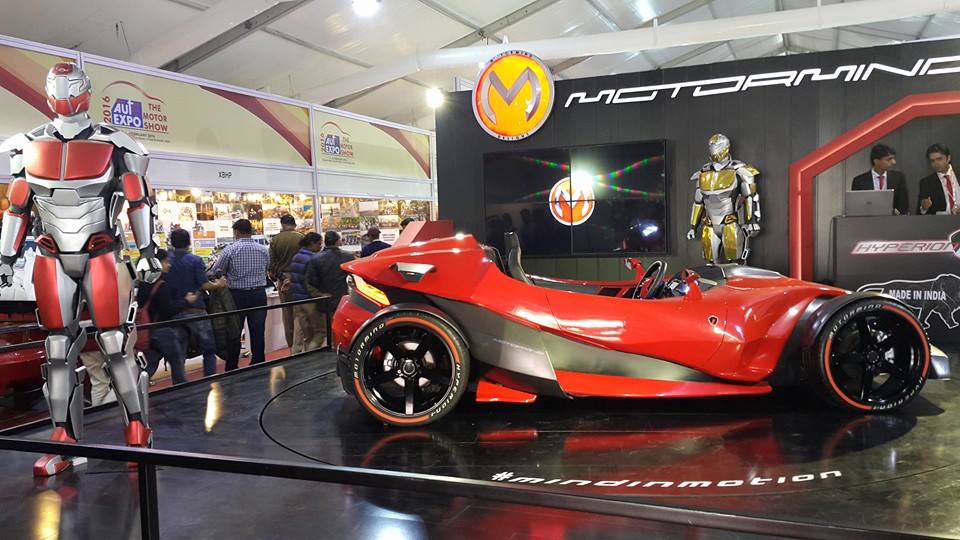 (IANS): Bringing laurels and making a mark in the Space Program globally, often makes one ponder as to what stops India from excelling in the automotive Industry. The nation might have moved up the automotive industry ladder quantitatively, having the fifth-largest passenger vehicle market in the world, but is yet to make a mark in the global sports car scene. Powering India into this virgin segment are two Indian automotive designers — Dilip Chhabria and Shahid Haq — with their sleek in-house productions.

Both Chhabria, founder of DC Designs Private Limited, and Haq, CEO and design chief at Motormind Automotive Designs, have launched their own sports cars.

The two cars have been widely admired, and add a sporty zing to the Indian automobile industry.

The DC Avanti, a sleek, low-slung car, is powered by a Renault-sourced petrol engine and the top speed is electronically locked at 200 km an hour. The two-seater has a 2,000cc engine, and an acceleration of 100km/h in six seconds. It is priced at Rs 37.09 lakh.

A snazzy, open-top car, Hyperion1 is inspired by the F1 racing cars. It has a 3.0 V6 Hyundai engine, and its top speed is electronically locked at 200 kmph. Its price is not yet known.

Chhabria showcased the final version of DC Avanti at the 2014 Delhi Auto Expo. It cleared all the Automotive Research Association of India (ARAI) tests and hit the roads in 2015. With an aerodynamically sound design, the DC Avanti has been designed keeping in mind the youth, Chhabria has been quoted as saying.

Chhabria, who graduated in commerce, would doodle cars during his childhood. This interest led him to pursue a course in transportation design at the Art Center College of Design, California.

He founded DC Designs in 1993 and initially produced body kits for Indian cars and designed motorcycles as well. DC got its biggest break when it was approached by Aston Martin to make the show car that previewed the British manufacturer’s V8 Vantage sports car in 2003. The prototype was displayed in the Detroit International Motor Show and was eventually launched in 2005.

In 2010, DC started the DYPDC Center for Automotive Research and Studies in Pune, an automotive design institute, with the D.Y. Patil group.

DC sold 59 Avantis in India and one in London in 2015, and the demand is rising.

Haq, who was born in Kerala and brought up in Bengaluru, had an ardent passion for cars as a child. He did his M.Sc. in Automotive Engineering in India and later went on to pursue PDGP Transportation Design at the Coventry School of Art and Design, UK.

Hyperion1 took birth in the Motormind garage in Bengaluru, a product of his years of perseverance, passion and dedicated labour.

“Hyperion1 was my attempt at showcasing skill-set and abilities, in a cost-effective manner and making people realise that one can attain world-class design in this country too. Also, beautiful things don’t have to be costly,” Shahid told IANS, speaking of his creation.

Hyperion1 is an entirely hand-crafted prototype built by a team of five-six people with home-grown resources and Haq’s personal savings.

It was built over two years. Haq aims to contribute substantially to the automotive industry in India, which he says, lacks taste.

Motormind will start the production of Hyperion1, which has received critical acclaim, by early 2018. The company plans to produce 10 track cars and sell it on invitation and further expand the production base. It plans to achieve the tag of a “car manufacturing company”, says Haq.

Behind The Four Judges Press Conference And The Supreme Court Dispute