Home Politics Is Politics The Last Refuge Of The Scoundrels – India? 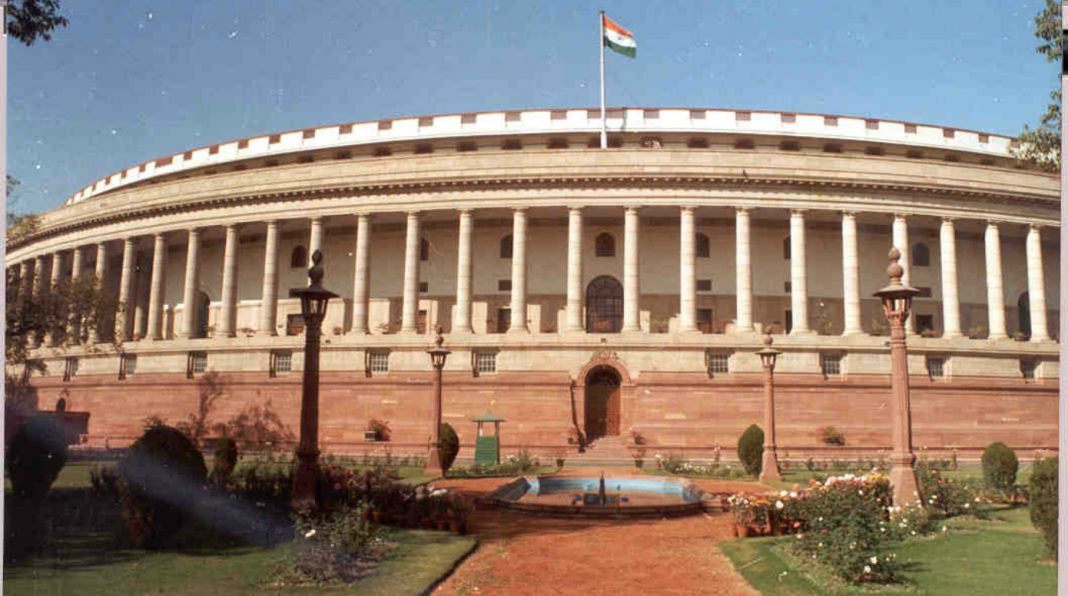 Of all the life forms on earth, man is the most complex. He has risen far above other animals because of his superior mental faculties which include the finer qualities such as intuition, reasoning and logic. Though animals too live in herds and colonies, they are very basic forms of community living with just a semblance of order.

As man is a social animal, he, armed with his superior qualities, gave rise to and developed an organised form of community. Rules and laws were developed to regulate the affairs of the society. Those were times of ‘Might is Right’ and so, the warrior and the priestly class held sway as rulers. They ruled with an iron fist and made rules and laws suiting their own benefit. With the passage of time and the spread of education, the art of governance too underwent wholesale changes and aristocracy and kingship were lost in the mists of time.

In the present world, the art of governance is called politics. The term ‘politics’ has been taken from the Greek word “polis” which stands for the state or community as a whole. It was coined by the Greek philosopher Aristotle, who defined it as a civilized form of community that serves the “common good”. It is aimed at normalizing relations between the different social groups in order to determine the objectives, forms and content of state activity. In ‘The Politics’, he states that ‘Man is by nature a political animal’. Due to his nature, man should consider and realise his role within the ‘polis’.

Politics encompasses within itself the diverse world of relationships, activities, behaviour, orientation, views and communication links related to governance and government. It implies measures which must be implemented in the hope to create a better society than the one which is already present. Its focus is the social group with its organizations, institutions, movements and leaders and so it aims to guide public development in a positive direction by identifying common objectives and different means to achieve them. So one may surmise that politics tries to create an ideal society which, in practice, is a very difficult aim to achieve.

People who take part in the process of politics are called politicians. It is hoped and understood that those who serve in the political arena must be guided by the principles of public service and not be swayed by any form of self-service or self-interest. They must work for achievement of peace and harmony in the society in which they live. This peace is not merely the absence of violence; it penetrates much deeper. It can only prevail when fair and equitable justice is provided to all.

Despite fully well knowing that such a society is actually a utopia which is well-nigh impossible to achieve, the aims and objectives of the politicians must be to make efforts for the same and ensure that people live in peace and freedom. But it is sad to say that this observation is itself a chimera, more so in the Indian context.

The actual world of politics, politicians and their working seem to suggest just the opposite. Things once became so bad that it prompted the famous philosopher George Bernard Shaw to observe that ‘Politics is the last refuge of the scoundrels’. But, is it actually so? Have things come to such a pass that all hope is lost? Let’s dwell further.

Also Read: Secularism As Seen Through The Eyes Of A Concerned Indian

When India became free in 1947, its politics was driven by idealism. Its founding fathers had served India’s cause with courage and conviction. After freedom was achieved, they had a sense of achievement and so it was easy for them to maintain high standards of moral values, ethics, transparency and probity in public life.

Post Independence, the country’s political space was crowded by stalwarts like Jawaharlal Nehru, Sardar Patel, Dr. Rajendra Prasad, Maulana Azad, Lal Bahadur Shastri and the like. But these people had been under the tutelage of Mohandas Karamchand Gandhi who was called ‘Mahatma’ or ‘The Great Soul’ for his highest moral standards. For him, politics without ethics and moral principles was not desirable. As per his political philosophy, life must be governed by truth, morality and self-purification. It was further tied up with truth and non-violence. He also prescribed that the country should be concerned with the morals of her leaders.

But 1960s onwards, the politicians failed to maintain these standards which declined at a pretty fast rate. Corruption by the politicians, their relatives and numerous sycophants overwhelmed the body politic of India. They were joined by corrupt bureaucrats and industrialists. Anybody and everybody joined this party and there was no one to complain to.  Everyone was completely engrossed in the shameless plunder and organised loot of the public wealth.

Also Read: Status Of Indian Women – As Seen Through A Critical Eye

The masses suffered in silence as there was no one to speak or fight on their behalf. This corruption was not limited to elected representatives, the worthies who were sitting in the parliament of the state assemblies but any politician, except for a very rare person, worth his name was an expert at it.

Into this unholy mix entered the scum of the society, rapists, murderers, fraudsters and conmen. The statistics which are regularly brought about by concerned institutions point to these shameful facts quite regularly. One such fact sheet revealed that out of 540 or so MPs in Parliament, more than 24% have criminal cases of murder, attempt to murder, robbery, dacoity, etc. pending against them.

Some were convicted but were freed on technical grounds, some were released on benefit of doubt while against some, there seemed no evidence at all. Though everyone knew that they were guilty but there was no evidence or proof of wrongdoing. Such was their power and reach. There is no point in naming someone as there are countless worthies who have glamourised the criminal record of Indian politics.

The criminalization of politics in India reached dizzying heights. Horse trading to save the governments became the order the day. There were a number of occasions when convicted MPs and MLAs were brought from prisons to the parliament and assemblies so as to save the government of the day. They hoarded black money, worth 10 times India’s GDP, in Swiss Bank accounts while the country had to face BoP crisis and utter humiliation by pledging its gold to Bank of England and IMF to borrow money and pay its import bills.

Also Read: How Low Can The Politicians’ Stoop? Elections 2019

The relatives and progeny of politicians considered above the land’s law. They committed murders and rapes as per their desire. Two such cases which immediately come to mind are the murders of model Jessica Lal and management student Nitish Katara. They mowed down pedestrians on the roads of Indian cities and went scot free all due to the support of their political godfathers.

Further, they divided the people of India on the basis of caste, religion, language, region, etc. They could go to any length to maintain their fiefdom and no depth is low for them. They engineer riots, create feuds and drive wedge between people and communities. In the events, people die but they count the dead bodies for and against and decide whether the issue can get them votes or not.

Over time, the Indian politician had forgotten his moral duty which was the economic development of all the sections of the society. He should have been busy with public welfare schemes such as food, housing and education for all but he was busy in lining his own pockets and looking after his own welfare.

It is the duty of a politician to check corruption and nepotism and to bring communal harmony. Political parties must work at building confidence of political wisdom by their good work as people expect better qualities in a politician.

But as India and its people reeled from one shock to another, redemption was just around the corner. At that time, when any Indian was asked about this sorry state of affairs by a foreigner friend, he/she just smiled meekly, nodded and went his/her way.

Bad governance of India reached its greatest height since the nineties, or roughly the past two decades, especially UPA II wherein scam after scam broke out, either by the ruling party, its coalition partners or their acolytes. But in their adrenaline rush, the politicians forgot one thing that the Indian masses may lay back but they cannot be fooled all the time.

The people of India had been hearing about and some had even seen the developmental work which had been carried out in Gujarat during the Chief Ministership of Sh. Narendra Modi. Fed up of corruption and starved of development, in the General Elections of 2014, the people of India went in for a change for the betterment and progress of India.

On the voting day, people, full of hopes, overwhelmingly voted in Narendra Modi’s favour and the NDA received a historic mandate. When the Modi cabinet was formed, none could point a finger at any of its members and say that he was corrupt. Some defeated people were quick to throw allegations of some impropriety on some individuals and were duly taken to court where they were reprimanded and had to apologise.

The Modi government, in its three and a half years of life, has set new standards in achieving stiff targets, breathtaking decisions and the speed in implementing its decisions. The Modi government is trying its level best to eradicate corruption from the national life. This is the reason why people all over India are reposing their trust in Mr. Narendra Modi and the BJP is winning state after state. At present, the footprint of BJP/NDA is larger than that of the Congress under Mrs. Indira Gandhi.

So to conclude, one may say that India and its body politic was saved just in the nick of time by the timely arrival of Mr. Modi on the national scene. When the utterance of George Bernard Shaw was about to come true in India, the people of India spared themselves by voting correctly. Though not all the scoundrels have been weeded out, they are biding their time as the process has begun and the day is not far when every Indian shall hold his head high and Indian society shall find final emancipation from deep-rooted malaise.