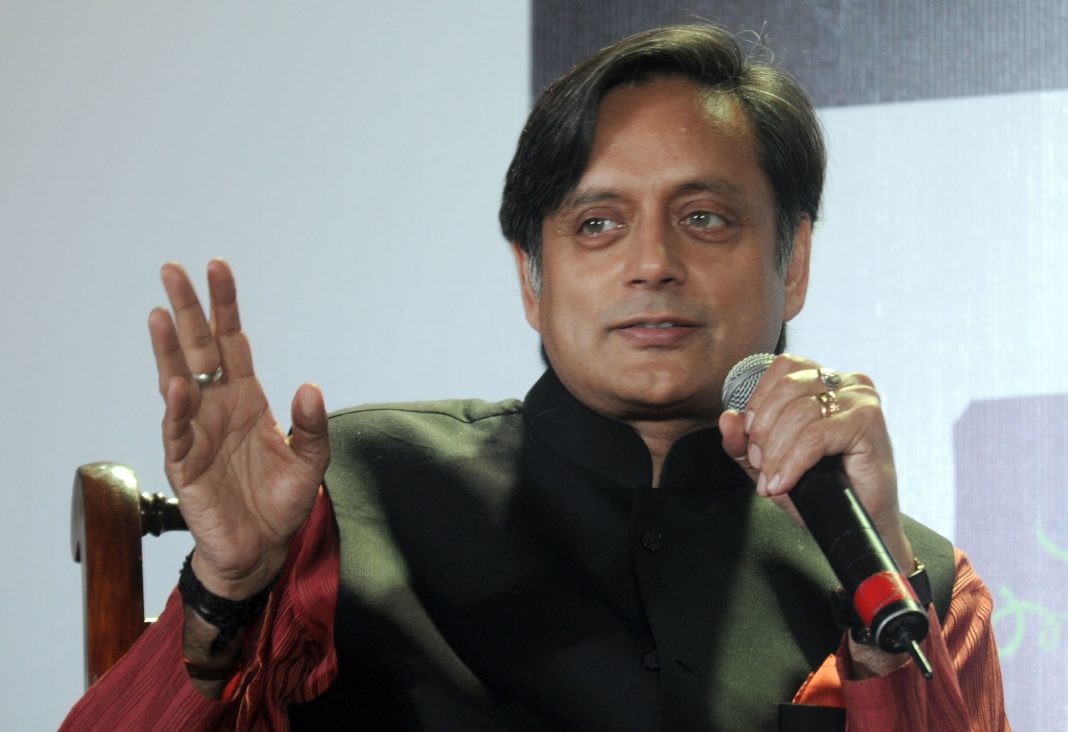 Key Congress leader Shashi Tharoor on Wednesday warned and predicted that the BJP would face a “massive backlash” in the Gujarat Assembly polls because of demonetisation, which he termed was an “all pain, no gain” exercise.

He said that only the Modi government was celebrating its anniversary while the rest of the country was in “mourning”.

“The state (Gujarat) is really showing very clear signs of a massive backlash against BJP. Demonetisation and GST have truly hurt those who are generating income in our economy.

“I think, rather than looking at Uttar Pradesh (polls), let us look at what will happen in Gujarat elections,” the Thiruvananthapuram MP and the main lead of All India Professionals Congress (AIPC) initiative told reporters.

Addressing media at the state Congress headquarters here on the first anniversary of demonetisation, he alleged the circulation of counterfeit currency went up after high value notes were scrapped.

Black money has not come back into the system, as claimed by Prime Minister Narendra Modi, and there are also no signs of terrorism being contained post-demonetisation, the former Union minister said.

Also Read: SBI’s U-Turn, Says Demonetisation Has And May Continue To Result In Economic Slowdown

“The real question is who has benefited (from demonetisation). This seems to be a case of all pain, no gain and the only beneficiary appears to be the ruling party that is today celebrating the day which the rest of India is mourning,” Tharoor said.

He also slammed demonetisation as an example of “economic mismanagement” and “lack of preparedness” by the Centre.

Tharoor said today was a day of mourning because demonetisation led to 135-150 people losing their lives after the government decided to suddenly withdraw 86 per cent of the country’s currency from circulation.

Several people died while standing in bank queues and many others after being denied urgent medical care as they had only demonetised currency with them, he said, calling the decision “irresponsible”.

People, especially daily wage workers, lost their jobs and the farming sector suffered terribly, he said, adding many industries including small, medium and micro enterprises had to shut down following the note ban.

Taking a dig at the Centre over claims about demonetisation, he said it kept shifting the ‘goalpost’.

Citing a Reserve Bank of India report, Tharoor said, less than one per cent of the withdrawn currency bills were still to return to the banking system.

“Black money had not come back. Then they talked about counterfeiting. Strictly speaking, the circulation of counterfeit notes in the country has gone up rather than gone down…and there is no sign that terrorism has gone down as many terrorist strikes have happened after demonetisation,” he said.

Instead, he said, new notes worth Rs 92 lakh were found in the possession of terrorists killed or arrested by security forces. “