Home Business Bringing Businesses Back On Track, Govt Must Heed To Gadkari’s Advice 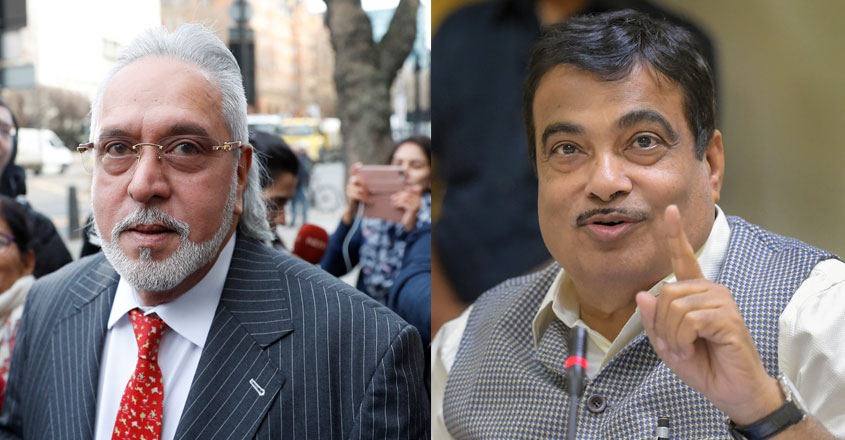 Despite all the hullaboo about ‘Ease of Doing Business in India’ or the much publicised ‘Make In India’ initiative, the fact remains that the Indian business diaspora is on a continuous down slide.

With the vote bank politics throttling the governments, irrespective of the party in power, the situation has come to an extent that the fine balance which ensured fair business practices, fair taxation and the concept of an ‘ongoing concern’ seems all getting threatened of its very existence.

It’s a hard fact but as it stands, those of us, even remotely connected with business, will appreciate what Union Minister Nitin Gadkari said yesterday.

Nitin Gadkari opined that it is unfair to tag a “One time loan defaulter Vijay Mallyaji” as a “Chor” (Thief), adding that the embattled businessman has a four-decade-long track record of timely debt servicing.

For 40 years Mallya was regularly paying interest on loans. After entering the aviation sector, he started facing problems, and suddenly he became a thief? If a person repays the interest for 50 years, and if he defaults once, then suddenly everything is fraud? This mindset is not correct, Gadkari said at an economic summit organised by the Times Group.

Gadkari said the loan he was referring to was from the Maharashtra government-owned entity Sicom to Mallya, extended 40 years ago, which he repaid on time without any default.

Stating that ups and downs are part and parcel of any business, the road transport minister said if someone goes through a downward cycle, then he or she has to be supported.

“There are risks in the business, be it banking or insurance, there are ups and downs. But, if the mistakes are bona fide, because of global or internal factors in the economy like a recession, then that person who is facing difficulties must be given support,” the minister said.

Likening an election loss to a business failure, he recalled how he lost an election when he was all of 26, but underlined that the loss did not mean that his political career ended.

“If Nirav Modi or Vijay Mallyaji has committed (financial) fraud then send them to jail, but whoever comes in distress, and if we label them as fraudster then our economy will not progress,” he said.

Earlier this week, a London court had ordered Mallya’s extradition, in a major boost to the government’s efforts to bring back the fugitive businessman.

Ahead of the extradition hearing, the 62-year-old former boss of the now-defunct Kingfisher Airlines offered to repay the entire principal amount to banks.

Gadkari has for long been calling for a more considerate and realistic approach to NPAs, and indirectly blamed the bankers for the NPA mess, saying our banking system is such that it does not support sick companies.

“When someone is serious then we put him/her in an ICU, but our banking system first puts a sick company in the ICU and then ensures that it dies,” he quipped.

Last month, Gadkari had blamed the RBI for “complicating” project finance, saying over 150 projects involving over Rs 2 trillion investments are struggling to get financial closure.”Unfortunately, many times, the circulars issued by the RBI are creating more complications and this is one of the reasons why I am facing problems as far as financial closure is concerned,” Gadkari had said.

While, am sure, the media in its blind eagerness to earn TRP’s and in a charged political environment will skin the frank admissions made by Nitin Gadkari, but the fact remains that there is something that seriously ails our industrial and business environment, more so the policies governing it.

This something that stands exposed today, needs to be nailed now before some in governance, with their limited exposure to ground realities of doing business, press ahead with the likes of Feb 12 RBI circular, mandating all business defaulters to go into bankruptcy proceedings.

This is akin to a situation, for the sake of mere understanding, wherein the Vaishyas in the Mauryan era, are suddenly wiped out, in one stroke, leaving only the three Varnas i.e. Brahmins, Kshatriyas and Shudras to continue running a society. Unimaginable!!

It’s high time that the Government starts ‘calling a spade a spade’, assess the practicalities of business, gauge the Indian environment in which businesses operate, review the various factors (including the fringe) and policies that impact them.

A high level committee comprising strictly of more number of diverse business representatives (both big and small), elements of judiciary along with reps from civil services should be established to review and recommend overcoming the shortfalls that have led to the culling of businesses and thus arrest their imminent downfall. This shall go a long way in pulling up the nation from the Economic downward spiral that it has been hurtling into for some time now.

A Beginner’s Guide To Buying A New Smartphone

Time For Compensating And Rehabilitating Victims Of Injustice By The State

Love To Race? Check Out The Best Android Racing Games For...