Home Education The Government For The People Or Is It? Doubts Galore!! 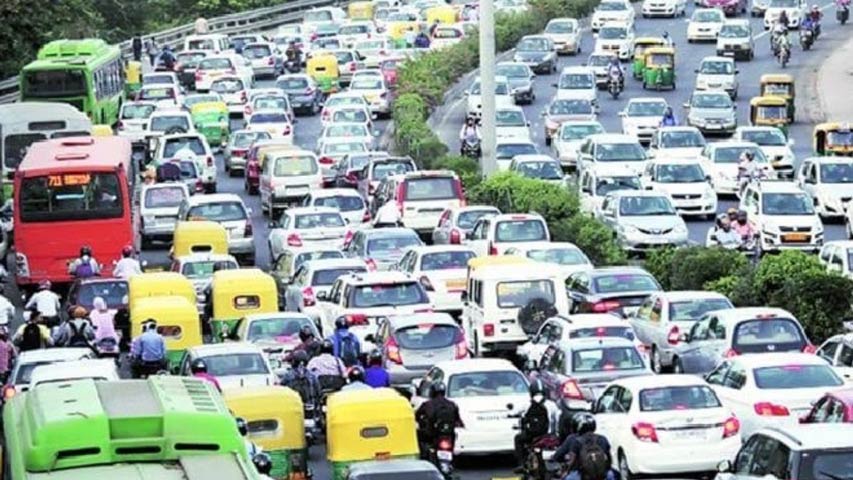 But what we find in reality is quite contrary to this tacit assumption on which the parliamentary democracy is conceived as the best suited form of government for the People and by the People.

“Lincoln, a champion of humanism and liberty, connected democracy’s preservation with ‘a new birth of freedom,’ and appears to have defined the word ‘democracy’ in direct opposition to slavery. He is known to have written in his own handwriting on August 1, 1858. ‘As I would not be a Slave, so I would not be a Master‘. This expresses my idea of democracy, Lincoln said. Whatever differs from this, to the extent of the difference, is no democracy, according to Abraham Lincoln. It is this tacit expression of the intent of those who govern and those who are governed coming to negate both the slavery and mastery together and not the one or other that forms the core of humanism and freedom in a democratic governance.

Not surprising when Shri Narendra Modi soon after his appointment as the Prime Minister of India in his address to the nation on 15th August, 2014 announced from the precinct of the Red Ford in Delhi that he is the ‘Pradhan Sevak’ of the people of Indian Republic, it was echoing the same sentiments of the government for the people as that of Abrahim Lincoln.

A sea change in the whole idea of governance was expected to be rolled out there after and rightly so as we find in many well intentioned programs and missions such as Swachh Bharat, Digital India, Make in India, Skill India, Start-up India and lately Atmanirbhar Bharat.

It is also important to realize that the civil service cadre in India is labeled as public service and the government officers are referred officially as public servants. But whether the intent is translated into reality is a matter of deep concern. Especially now that after 72 years of India’s independence we still find that neither the elected government nor the public servants work as servants of the people providing governance with empathy, Aatmiyata, and with a caring concern for the people at large.

It is also remarkable that most of the time we are keeping our debates and discussions away from the burning issues like creating millions of job for our young people, India has approximately 675 million below the age of 25 years. All of them are desirous of a bright future for them in a democracy, a system of government we all cherish and are proud of.

Likewise, maintaining a healthy environment to live a healthy life of 100 years as promised in the Vedic divine blessings ‘Jivem Sarda Satam” is a major issue in a country like India where we find that before the Covid lockdown began, we had 14 out of 20 most polluted cities in the world in India. 5 of them are infact Delhi and the NCR towns including Gaziabad, Noida, Faridabad and the millennium city of Gurugram.

But that is hardly a issue for debate or discussion in the august houses of people’s representative nor is the issue of dirty drains carrying untreated sewage to our water bodies and holy rivers, knowing very well that over 60% of sewage remains untreated and is discharged directly into rivers and water bodies in India.

We find no sense of urgency towards combating either the air or even making waste water treatment a major revolution in India. While the air and water pollution could have been aggressively pursued as part of mission Swachha Bharat. Digital India mission could have made its strong in roads in rural India as much of the Digital literacy is about self learning at which the young India is good at.

But we remained largely urban centric in our approach to digital India as well as Skill India. Rural India is still away from the use of modern technology for agriculture, and horticulture and a wide variety of derivative activities based on digital India and Skilled India that could have made rural areas more productive and prosperous.

Population explosion and slums in the mega cities are not yet the issues that receive due attention nor the education that is required to create a capable society conscious of its responsibilities towards meeting the challenges at hand and rising to the national and global aspirations.

Further, knowing very well that almost every 2 minutes a person is killed in road accidents in India, road safety is still not a major issue for debate and deliberations of the policy makers nor is a talking point for the people at large who remain busy most of the time in avoidable inconveniences.

The science and technology community in India is also at a loss that despite traffic jams were a reality in big cities, no efforts to implement Intelligent Transportation System, ITS are in sight on roads and expressways in India while these technologies have been deployed in advanced countries decades ago, the Government for the People there considered road safely a mandatory aspect of good governance.

But who cares in India, even the scientific community is busy in multiplying its research publications and pursue its career objectives more than the caring concern to make science and scientific developments a major driver of people centric socio-economic development.

Good governance is all about caring for the People, their social and economic aspirations and above all about the quality of life of a common man to whom the constitution guarantees liberty, fraternity, freedom and justice and thus the right to live with dignity.

We need to seriously ponder on our policies and programs to align them to our priorities of building a New India of our dream now that we have the opportunity to do so after COVID lockdown.

Hence, let us take it forward as to what is that New India that we wish to create. In New India we do not wish to return to the world before Covid lockdown that was marred by deadly air and water pollution, traffic jams in cities, road accidents killing every two minute an Indian, skewed economic development creating a large economic divide, massive unemployment of young India and above all lethargy and large scale apathy and indifference.

So how do we go about making a New India free from these avoidable ills and create a socio-economic environment that will make us proud of being citizens of a Nation that cares and that has the Government for the People.

The Government for the People in India need to focus now on the people centric policies that shall create a New Normal in which the new wave of development shall thrive on a balanced approach to urbanisation and development in rural India where 70% plus population of Bharat currently resides and to which the skilled casual workforce has recently returned to after agonizing experience of shattering of their dreams in the city based industrial economy. These builders of modern India have gone home leaving a polluted world that served the interest of making rich more rich and poor even more poor.

The New Normal of developmental policies and program need to now think out of the box to create jobs in millions in the countryside by Mass Entrepreneurship in areas that make countryside prosperous, happy and engaged in the main stream of national economy.

Recent call of our Prime Minister to make India a leader in organic agriculture and agro-based food processing industries is just one example of what can be achieved by the Government for the People. Just imagine if the IT moves to countryside and the latest technologies of AI, Data Analytics, call centres, BPOs and whole lot of service enterprises spread their wings to rural areas, the bottom of the pyramid will become strong and will make Indian Economy bloom and blossom beyond our imaginations.

But the Government for the People must go far beyond the economy and pay a great attention to quality of life of its people, ensure internal security of its people, make good quality education and health care affordable and accessible to a common man.

The success of our democracy in India in the times to come will be judged not just by revival of the economy and the success of our foreign policy but by the caring concern for its people, creating a nation of law abiding citizenship and services that assure a high quality of life for the current and future generations of our people.

Let us hope that the democracy in India truly becomes the Government for the People in both the intent as well as in its actions.