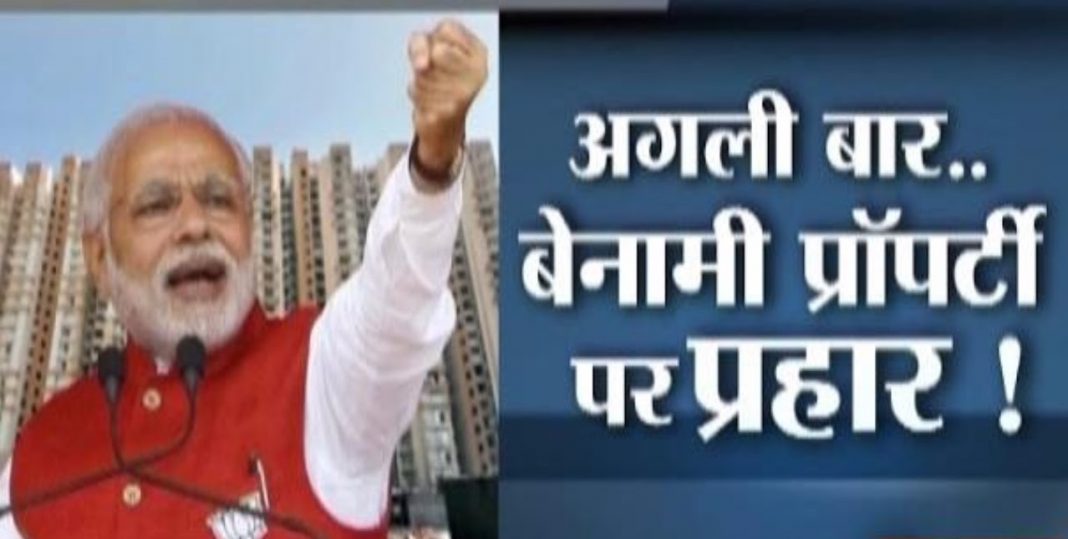 Its not a hidden fact that much of the Black Money In Modern India is also in the form of Multiple Properties, some even bought in Benami Deals and held by the most corrupt across the country. From what the Prime Minister has said in his pledges to the poor of the country, it seems the government is working steadily towards ending this property mafia and land bank hoarding so as to release and make available much of the property to the masses in form of government housing to the homeless. Bihar Chief Minister Nitish Kumar too sought “action against benami property”, even as he slammed the Centre for “not doing its homework” before taking the step causing hardships to the poor.

“I am in favour of the decision to demonetise Rs 1000 and Rs 500 notes which will help end ‘2 number ka dhanda’ (illegal business),” he said addressing a ‘Chetna sabha’ here at the start of his second leg of ‘Nishchay yatra’.

“I want an attack on benami properties earned through illegal means for more effective results against black money,” Kumar, who is also the JD(U) national president, said.

Contradicting Prime Minister Narendra Modi’s assertions that the poor are “enjoying a sound sleep” after his decision, the Chief Minister claimed, “Farmers and common people toil hard in fields, but those involved in number illegal business buy benami property and enjoy deep sleep.”

With reports of inconvenience to the masses standing in serpentine queues outside banks and ATMs pouring in from across the country, Kumar demanded suitable arrangements so that the poor and women can change the demonetised high-value notes easily.

Criticising the BJP-led government for “improper” arrangement for undertaking the demonetisation exercise resulting in inconvenience to people, Kumar said he always executed programmes for people after meticulously going through minor details.

By way of example he said youths going to district registration centres to enrol themselves for interest-free loans for higher studies and other facilities as part of his ‘seven resolves’, need not stand in long queues.

Accusing BJP of turning its election promise on black money to ‘jumla’ (false promise), Kumar claimed, “We are not jumla baaz (practitioner of jumla). I make only those promises to people which can be executed.”

During the second leg of his ‘Nishchay yatra’, Kumar informed the people about the programmes launched to realise his ‘seven resolves’ and also the “good results” prohibition is yielding.

How To Prevent Brain Damage In Indian Kids Due Iodine Deficiency?