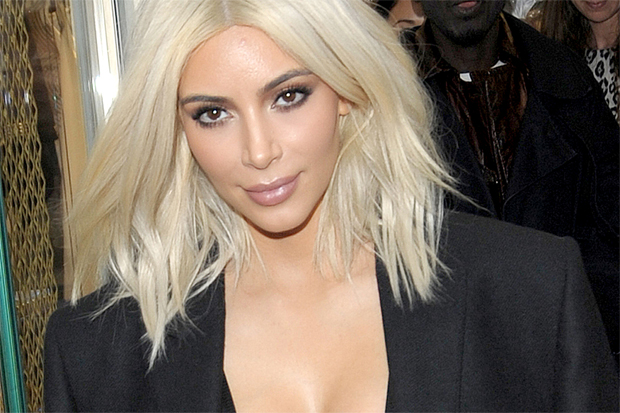 Kim Kardashian has left the UK following a fleeting visit.

The reality star, who flew into the country especially for the Vogue 100 bash last night, has already ditched London and headed back to the US.

Kim stepped out in the early hours looking stunning in a dark green jumpsuit with a plunging neckline that helped show off her assets.

After months of dieting, Kim’s finally back to her former self and you can tell she’s loving how she looks again.

The KUWTK star looked glowing as she headed toward the airport with her hubby, Kanye West.

Although she was only in the UK for 24 hours, the fashion icon managed to cram a lot into her tight schedule.

Just hours after arriving in London, Kim had a lunch date with her supermodel sister, Kendall Jenner .

The two half siblings were spotted heading for some food at the C restaurant in Mayfair, London on Monday afternoon.

They looked content as they enjoyed their lunch date, despite recent rumours suggesting that there are “two secret Kardashian sisters” .

A family friend is said to have told Radar Online: “Another woman from LA and a New York man are claiming to be Robert’s kids and demanding answers – it’s sent the entire family into meltdown.

“If it’s true, they would have been conceived after he left Kris [Jenner], but the emotional rollercoaster these claims put on the family are horrific.”

Meanwhile, over the weekend Kim joined her husband Kanye West in Rome, Italy on Sunday for the next leg of their European tour.

5 Ways To Spoil Yourself This Holiday Season

How To Find The Path For Your Life?