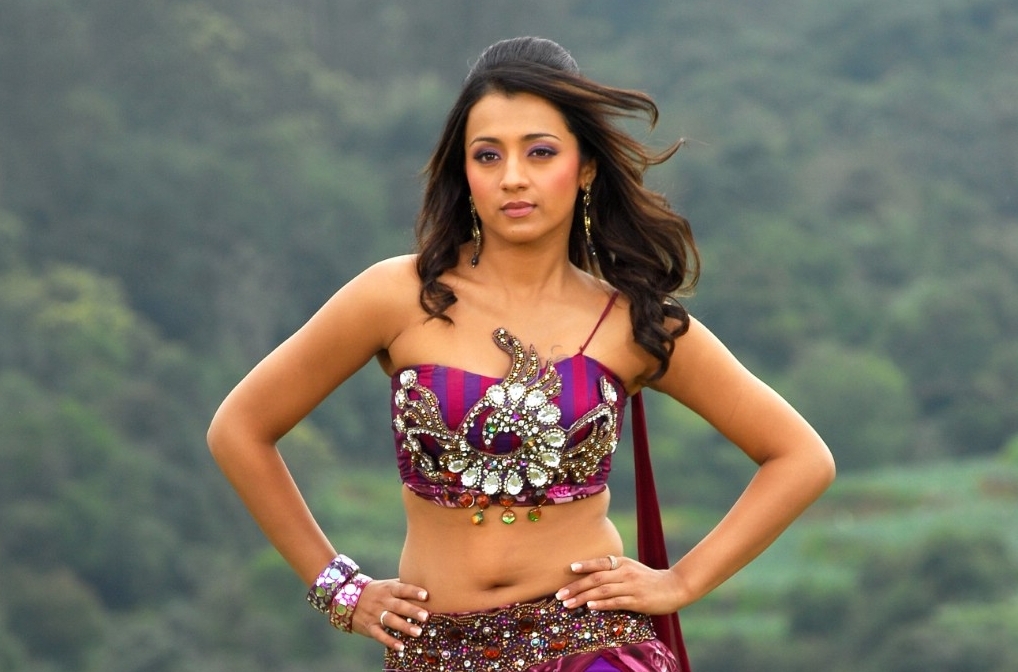 Trisha Krishnan (born 4 May 1983), known mononymously as Trisha, is an Indian film actress and model, who primarily works in the South Indian film industries, where she has established herself as a leading actress.

Trisha Krishnan was noticed after winning several beauty pageants like the Miss Madras contest (1999), which marked her entry into filmdom.

After appearing in a supporting role in the 1999 Tamil film Jodi, she had her first lead role in the 2002 film Mounam Pesiyadhe.

She later rose to fame starring in the successful films, Saamy (2003) and Ghilli (2004) in Tamil cinema and Varsham (2004) in Telugu cinema, for which she secured her first South Filmfare Best Actress Award.

In 2010, Trisha made her Bollywood début in Khatta Meetha. She was seen in her career best performances in Abhiyum Naanum (2008) and Vinnaithaandi Varuvaayaa (2010) for which she won Vijay Award for Favourite Heroine and was nominated for Filmfare Best Tamil Actress Award.