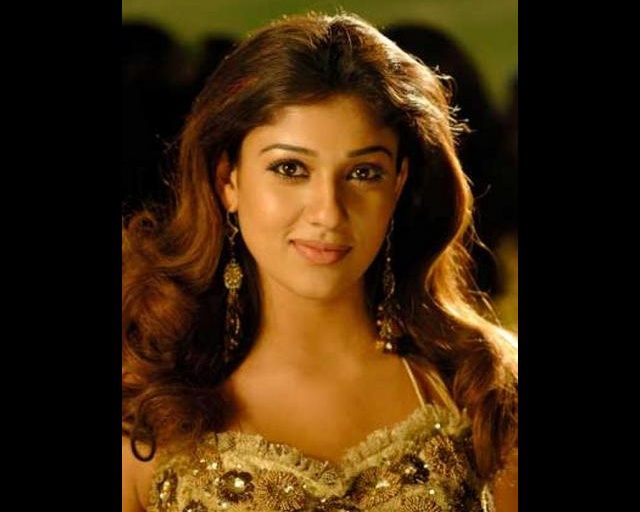 Nayanthara was born as Diana Mariam Kurien in a Malayali Nasrani (Syrian Christian) family to an Indian Army Officer father, Kurien Kodiyattu, and Omana Kurien, in Bangalore, Karnataka. She has a brother, Leno, who resides in Dubai, United Arab Emirates. Nayantara mainly appears in Tamil films along with Telugu, Malayalam and Kannada films.

After her father’s retirement the family settled down in Kerala where she continued with her college studies but she did her schooling in several schools in Chennai, Jamnagar, Delhi, and Gujarat.

During the year 2003, while still in college, she was spotted by director Sathyan Anthikkad who cast her in a Malayalam movie. Two years later, she went on to act in Tamil and Telugu movies. As she became popular she also appeared in Kannada language movies.

She soon acquired the reputation of acting opposite male actors who are almost twice as old. She starred in her first Malyalam film opposite Jayaram, and then in “Chandramukhi” with renowned Indian actor Rajnikanth, then with other aging actors like Sarath Kumar, Mohanlal, and Mammotty.

She has been cast to play the lead role in a much younger Simbu’s directorial debut, in which he also has the lead role. Nayanthara and Simbu’s intimate life-sized posters created shock waves in Chennai, which were subsequently pulled down by the police. Similar excitement resulted when glamorous life-sized posters were posted all over Chennai this time with her co-star S.J. Surya.

During September 2010, Prabhu Deva, publicly declared his love for her, even though he was married to Ramalath and had three children. After a bitter and contested court battle, the couple was divorced during July 2011.

On August 7, 2011, Diana, a Jacobite Christian, converted to Hinduism at the Arya Samaj Mandir in Chennai and her screen-named is now her formal official name.

With her attractive looks and talent, it is no wonder that she is one of the most popular and sought after actresses in the South Indian film industry. During her career Nayantra has also won several awards, one of them being the Filmfare Award from amongst seven nominations in three different languages.

9 Must Watch Feminist Movies Of All Times

In Conversation With Amish Tripathi, The ‘Tolkien of India’ At Kolkata Literary Meet

Most Beautiful And Hottest Algerian Actresses And Models | N4M Reviews

Top 10 Must Watch Hollywood Movies Of This Century – N4M Review

Want To Be A Model? Here Are 15 Types of Female Models That You Must Know About