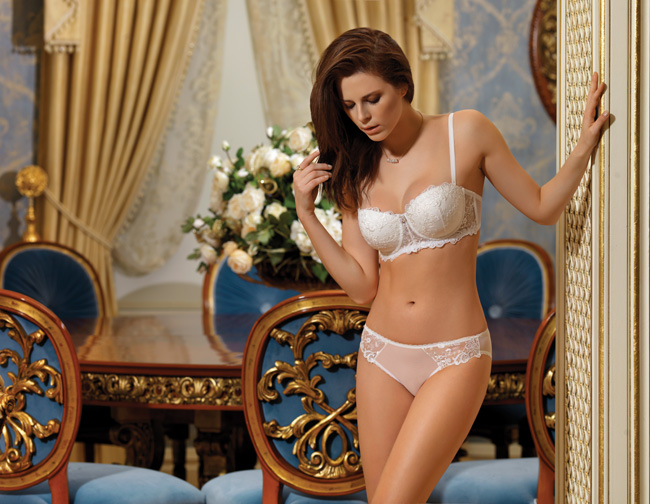 Every woman has a favorite choice of colour of her own. But when it comes to choosing a lingerie colour, what does it convey about her personality, the type of lover she is and much more. Psychologists have carried out ‘n’ number of researches and studies to find exactly that. So next time you go shopping for a bra or an underwear, give some thought to what colour you choose.

Based on clinching studies, psychologists and psycho-analysts have come pretty close in predicting the kind of lover a woman is by simply looking at the colour of inner wear and lingerie she prefers to wear.

Red means you’re not shy but if you opt for pink, you would never take the lead – white is for willing learners.

During those very studies, a poll was conducted and it was found that 72% of women now opt for nude or flesh toned lingerie when shopping  shunning the classic white and black briefs or fancy lacey sets  and Debenhams. Supporting this find is the fact that the nude color sales has shown a 38% increase year-on-year.

It seems celebrities may be responsible for the change in the nation’s taste in lingerie – with Hollywood siren Eva Mendes revealing recently that she feels most sexy in ‘either nude or very basic underwear’ and pop starlet Katy Perry choosing a simple nude bra and knickers above sexy lace to wear on the front of Rolling Stone magazine.

WHAT YOUR CHOICE OF LINGERIE COLOUR  SAYS ABOUT YOU

Experts drew up their list after a poll found almost three quarters of women now opt for ‘nude’ underwear – which means they have ‘nothing to hide’.

‘Colours at the warm end of the spectrum (red, orange, yellow), create feelings of excitement and vitality, and can actually raise our blood pressure, heartbeat and breathing rate’

‘A nude or flesh-coloured bra denotes a personality that is natural, easy-going, down-to-earth and transparent. This woman is relaxed, with nothing to hide.’

‘A red bra denotes a personality that is passionate, energetic, dramatic and driven.

‘This woman is not shy about asking for what she wants. Her moodiness and need for drama are also part of her allure.”

“A pink bra denotes a personality that is romantic and gentle and in need of affection. She is feminine, sensuous and would never take the lead.”

“A black bra denotes a personality that is individualistic and powerful, as well as sultry. This woman has subtle charms and is deeply passionate.”

“A white bra denotes a personality that is innocent but open-to-suggestion. A woman who opts for a white bra is usually a willing learner.”

5 Stunning Sunglasses to Stand Out Amongst Your Girl Pals

How Investing In NPS Can Help You Save Tax & Get...